Check out my game! Tell me if you reach 250 points. 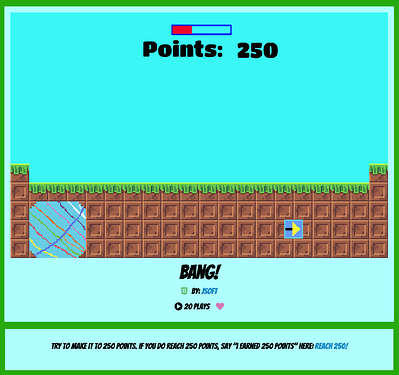 The game is still cool though!

It’s supposed to do that CrabDeveloper, because when you click that arrow key it clears all matching arrow keys on the board. Also, I’m not done with it.

Thanks for playing. It’s not done yet. I also have a game named little world. Here is the link:

Let’s do a poll on which game is better! So… Would you rather play little world (my favorite,) or would you rather play Bang! When I’m finished with it. Both games are still in development, I’m almost done with little world, and I’m still working on Bang! [poll type=regular results=on_close chartType=pie close=2021-03-10T08:00:00.000Z]

When making a poll, you have to post it on a separate line for it to load in. 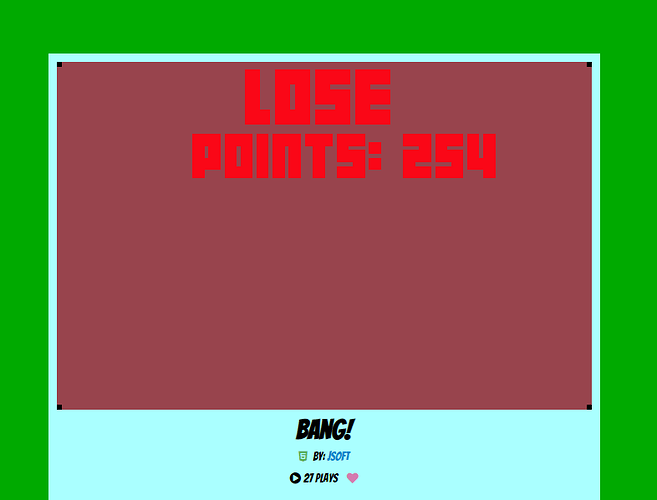 And thanks ManiacPumpkin, I just learned a new thing in forums from you!

And the music is made by me

You shouldn’t be sharing your ages or grades on a public forum, there are creepy people out there.