Haha thank you! The official announcement is tomorrow on Info Day 7, where you’ll be getting a full description of the game, and as development continues, I plan to release a trailer sometime this Spring

so in 2 hours its only gonna be playable on flowlab. Then, 1 day later, it will have a trailer on youtube.
and then are you gonna release it on game jolt or steam or something?

Oh, sorry for confusing you haha

No, the game won’t be releasing for a few months, but it will be announced tomorrow. And then sometime this Spring, a trailer will release. Once the game itself comes out and is available to the public, I’ll be putting it out on Itch.io for 3-8 dollars. (Final price will be decided once the game is complete.) It will be free to play on Flowlab, though. (=

wait. but we could still play it in 2 hours on flowlab?

In about an hour, another Info-Day will be released - tomorrow, the game will be announced

if its ready you could just release it now.

This game starts off in a hot environment.

what will be the name?

should be released by now…

can you at least post a screenshot of the game?

No pictures of the actual game will be released anytime soon, but the announcement’s coming today! May come with something special, y’never know…

Los Antemis Blues is the new game coming from ViperTeck Entertainment Studios. You play on a 2D plain as a rare Booman in the Southern Westria Deserts. You meet multiple characters and can choose how you interact with them throughout the game. The story progresses through people talked to, and music played with them. The more people you meet, the more people you can possibly bring onto your dream band, “The Los Antemis Blues”. By the end of the game, you’ll either be a shining star in the city or at a complete loss for your attempt to make music. So be careful with the people you meet, because they could be the reason you fall!

Dev Note: This game’s release date has not yet been decided. 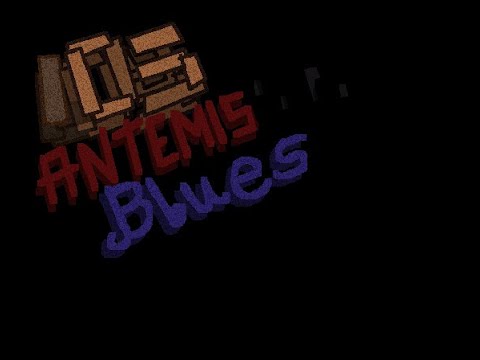 We have officially reached 1,000 views, everyone!

“Make a video showing behind the scenes work on HAKK3R 2!” with 6 votes total spanning across Discord and the Forums. Thank you for your input, everyone! The beginning processes of making this project will begin in a few days.

I was expecting to see some gameplay…

Where did I ever say I was going to release gameplay?

you did not but I thought there were at least going to be a few screenshots of the game in the trailer. because video game trailers usually have something from the game. At least a sprite or something

Announcement trailers rarely show anything from the game, since at the time of announcement, it usually isn’t ready to be shown off, which is along the lines of the same reasoning as to why I didn’t show gameplay here, either. It’s simply not in a good enough state to show off yet, but I wanted to give something to the community nonetheless.

The official voice-over script for Los Antemis has begun development!