I’m currently making an rp game, but there is not a lot to do now so I’ll just leave it as an example.
game link: https://flowlab.io/game/play/1565662

btw, try pressing space once you are in the game.

Im going to add more characters and extend the map soon. sometimes you will have to complete a minigame to gat a character. And you will beat the game by defeating a hidden boss in the map.
Btw, i might add more endings and more hidden bosses than 1.

ok, so I added a few new features to the game:

If you go into the editor, you will see that every character inside the game is just an animation frame, so I can’t really add walking animations so I’m trying to make the characters look like they don’t really need moving animations.
Edit: there is a new area coming in the game, but you can only see a small orange part of the new area. 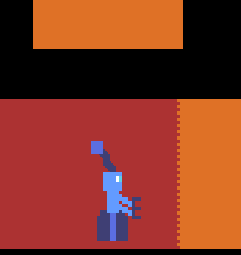