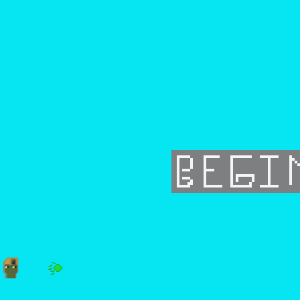 Mobile Controls- Press and drag the unit you want to it's spot, then tap again to place.

So I have a few things that all work as the selection system for your defenses, i’ve tried everything i can think of to fix. basically what is happening is the global type (Next slot) is getting +2 instead of +1 for some reason. and this number goes up for every level you complete. Can anyone help, this is a serious drag on production.

After further investigation, every tower is being linked to the (Tower 2) global condition. It’s very strange and makes no sense, so if anyone has an idea of what’s going on inside the (Tower choice controller) please let me know.

There’s several things wrong with the system, and it currently isnt functional and would cause a crash if it did work. 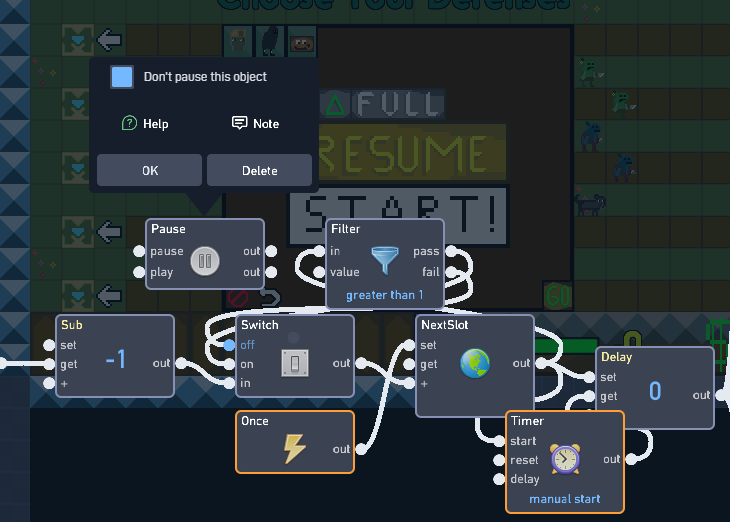 Theres a slot global that creats a loop: 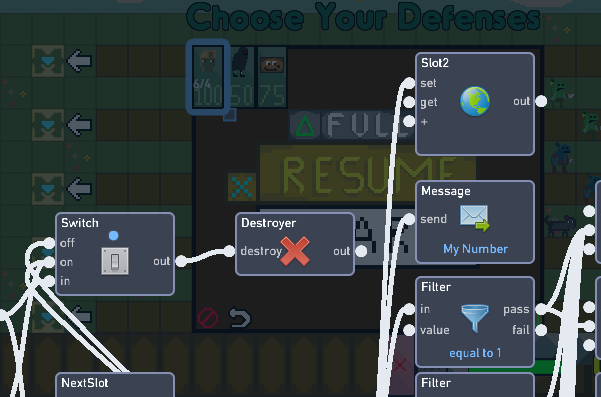 Instead, Use a “Tower” global that inputs the tower selected.
(do this for all towers, Salesman = 2, Crate = 3, etc.) 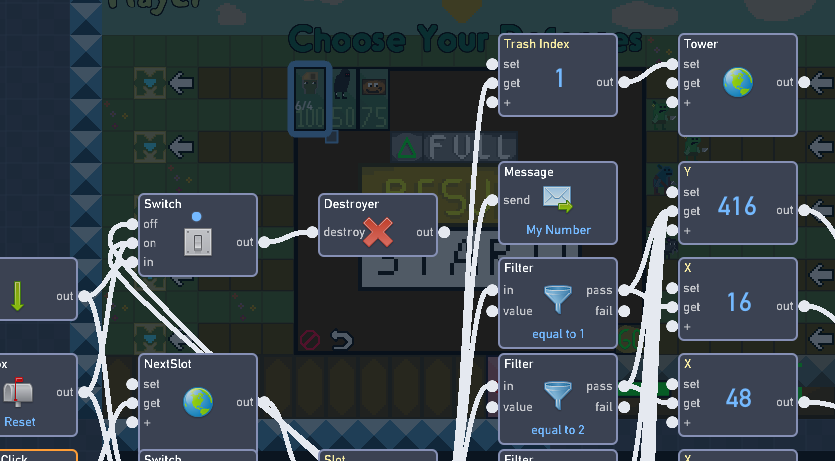 And to break the loop and fix the assignment in the assigment block is to change the tower bundle with the Tower Global. (this has slots in it instead of towers causing the loop).

Thanks, but I still have one problem, if you select more than 8 (Increasable number) towers then they all just stack on the 9th slot, is there a way to stop this without causing another loop?
It also is still having the same problem, so it didn’t really fix anything

It still doesnt work because theres still a few missing things you have here. 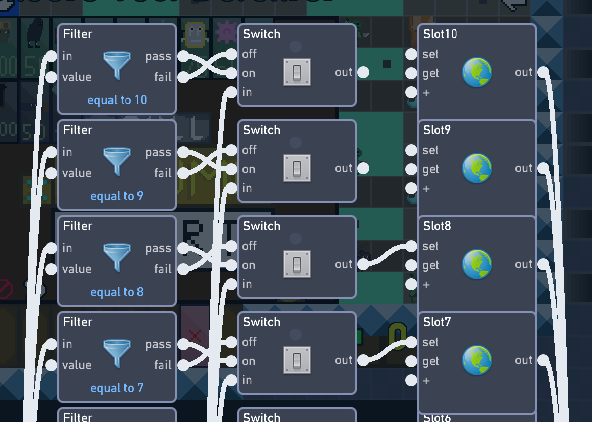 Okay, thank you, but how do I solve it from doing the spacing thing, after you beat a level it just puts spaces in between selections making them take 2 spaces. This was my first question, and I can’t make the game playable without fixing it.

I didnt look at the spacing thing because you said something was wrong with the slot2 global, and I didnt actually play the game to see the spacing issue.

After further testing, I can say this is indeed a bug.
I honestly not sure whats causing it, but the tower controller is suppose to be the only thing that is suppose to change the NextSlot global values. Its like something is set to “stay between levels”.

I’m pretty sure its a bug with the global blocks since they have a property like that.

I’ve been hunting for the cause, I truly have no clue what is causing this, but thank you so much for looking into it.

I’ve spent about an hour analyzing each input, and I can’t find any problem, yet one still exists. I really don’t want to have to restart this mechanic or find a totally different one.

Hey so I know it’s been a minute, but I’ve found my problem, for some reason the Tower choice controller gets duplicated after beating a level, which causes the increase of signals, super strange issue.
Update, Doesn’t seem to be the cause, but is still an issue.

I think it’s a bug on the Global block, but I’m entirely sure. I’ll try to get @grazer to look at the issue.