I don’t fully understand what you mean, but if you’re talking about animations in one animation, it can already be done. There is a way to assign numbers to animation frames and do stuff with them using Logic & Math, although I do not know how to perform this task.

I don’t fully understand what you mean,

This would be helpful.

I think the reason you want this is so you can have one block be multiple things. I already do this in all of my games to save on blocks, it’s really simple to do. 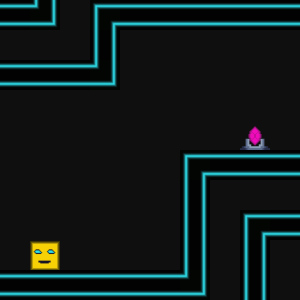 Arrow Keys to move. This is an example to get past the 50 block limit that many free players struggle with. 1st level uses the position of the block. 2nd level uses the blocks Name to find out what it should be. 3rd Level uses ray casts to make a...

I would recommend using the example in the 2nd level.

Rereading your topic I think I understand it more. You basically want the “Go to” input, but for choosing animations so you don’t have to use multiple animation behaviors.

Yes, because it gets messy when you have so many animation blocks and wires and switches

Can we still get this at some point? @grazer it would be extremely helpful.