Quick question on how to place i guess the word would be priority on blocks in one layer?

I have a level on my game where the player has to scale a tree and the trunk of the tree is a non solid transparent block in the game world layer. I put it in the game world layer so I could have a repeating background without the tree trunk appearing randomly in the back since the only other layer option is the background. (The repeating background is also not working for some reason on this game so if anyone knows why that would be great too!)

But, the player sprite goes “underneath” this transparency instead of in front for the majority of the time. Are there any fixes for this? Im fine with switching it to the background but then I cant have a repeating background which would cause a lot of work I think.

Heres a link to the game: https://flowlab.io/game/play/1653402
You have to go to edit and select TREE LVL2 if you want visuals of the issue. Sometimes the cat does go over the tree trunk instead of behind but it seems to randomly switch back and forth which I cant rely on. 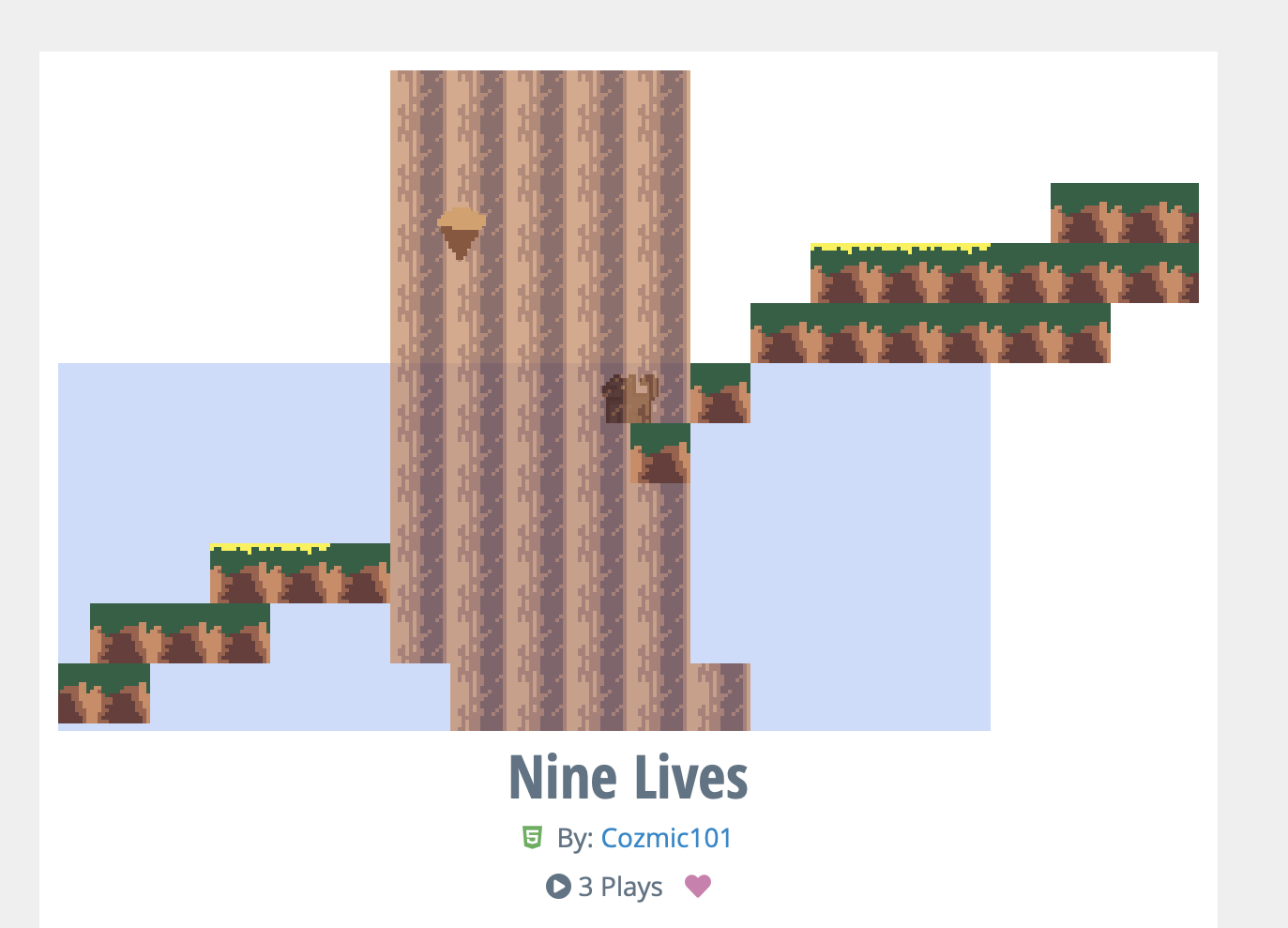 click on the blocks and there should be a box with priotity next to it and a zero. Fill in the zero with the numebr u want of things to be infornt of other things if that makes sense.

So for the tree trunk would I put a higher number than the player? Or would the number be lower? (Also thank you so much this was driving me crazy)

ok so the higher the number, the more it will be on top of stuff