Working on some graphics for Tactix Surface.
Most of this will be likely redone in the future, but it looks good enough for now, so I may as well keep it.

v0.004 Concept art and Abilities Logic
[spoiler]
Rebuilt half of Sector 1-1 from Diamondsion Assault in a massive scale, better than ever.
It’s still in concept mode, I have a TON of sprites to work on, and dynamic atmosphere later, with like 5 background layers.
When grazer adds 16x16 grid, I’ll redo it again, but with so much more detail, since I can use smaller objects for more customization.
I’ll also maybe add dynamic lighting for all of the sprites, for things like lightning and explosions, so parts of nearby ground glow too.

Now I’m working on my 1,000 filter checks and porting Dash logic over

By 1,000 filter checks I mean, no matter if I’m pressing up, down, left, far left, right, far right, or nothing but jump, I will activate the same type of jump, until I unlock angled jump. Similar can be said for Dash. No matter if I press left, far left, right, or far right, I still do the same distance Dash, until I unlock momentum Dash, so a farther tilting left or right dash goes farther than normal.

I currently have 5 trees for jump

*Imperfect: You start with this. You have a little bit from each tree.
*Base Abilities: You get your powers removed and have to start from scratch.
*Jump Tree: Tree 1, for things like High Jump, Double Jump, Triple Jump, Charge Burst Jump, Hover
*Dash Tree: Tree 2, for things like Celeste Dash, Multi Dash, Stamina Dash, Teleport Dash
*Assault Tree: Tree 3, for things like Spin Jump, Homing Attack, Lightning Spin Jump, Ki Blasting Parkour

Choose your tree, unlock each upgrade through Story Mode, power up unlocked abilities to 3 Tiers from Diamond Shards and XP.

You can change trees at any time. Pick the one you use most, or best for a current situation, if you have the right ability unlocked.
Mastery Tree is unlocked when you have all 3 trees completed, and includes a hybrid of all the abilities, in essentially an overpowered neon electric god’s wrath, and the bonus of Unrestricted Flight. Fly anywhere by cancelling gravity and moving the toggle stick. Great for travelling around to do side quests or exploring for 100%ing the game.

It will take me maybe a week to finish the logic for all of these.
[/spoiler]

v0.003 Sketches and Controller Support
[spoiler]
Added some animation sketches. This will give me an idea of how things will look and work before making the real art. Currently I have an idle animation active if you don’t move for 4 seconds. More animations will be added soon, because I need to finish controller controls.

Yes, that’s correct. I did say Controller, as in Xbox/Playstation controllers.
You can now use controllers in my game, using Joy2Key. More information is in the game’s description.

This was no joke a massive pain, and took me weeks. Look how overcomplicated my logic is.

Basically every single button is going to produce a unique number, then every single number pressed adds up. Whatever number appears will go through dozens of filters to decide if that number equals a button combo, and then it does a thing and plays an animation. This is all BEFORE adding physics and conditions, like water for example.

This is what I call “ADVANCED MECHANICS”, stuff that makes your brain buffer, and your head tilt.

Here are some buttons being tested

I also added Left Stick tilt sensitivity for walk, run, and sprint
50 is less than a half tilt, 95 is less than 95% tilted, and 100 is a full tilt of the stick

More will be shown in the next update.
[/spoiler]
v0.002 Spyker
[spoiler]
Concept art dump. I made a few rough sketches to show my art is significantly better than it has ever been.
How? Idk. I literally never practice. I just magically get better at all kinds of stuff over time.

Besides the Venra bat, it was the only other enemy I added to the original Diamondsion Assault games since PSP, before I joined flowlab. 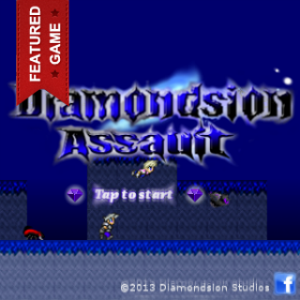 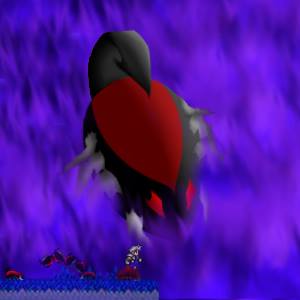 This concept was G A R B A G E 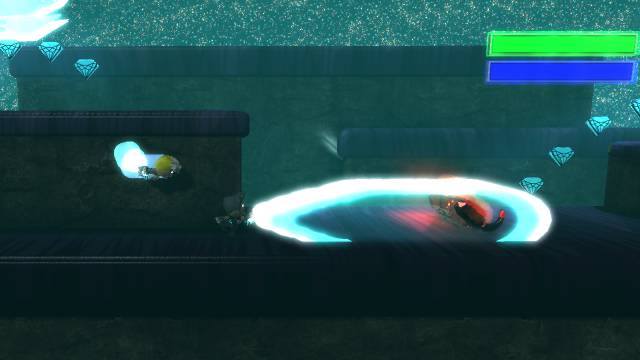 Here’s some light sketches I just did a few hours ago. It was hard to take a picture of them, but whatever.

First, I did a parasite sort of look

I changed it to more of an armored bug later

Once I actually color it in and animate it, the new Spyker is going to look sick, you’ll really be able to tell it has an alien demonic origin. I’ll have a separate update for each new enemy concept, then I’ll upload animation gifs when I have at least 3 enemies finished up enough.
[/spoiler]
v0.001 Finally back
[spoiler]
Shifter MetaCyber, by many names, for 15 long years, I started with PSP homebrew coding, LittleBigPlanet2/3 Sackbot Logic Injection, and then flowlab.io in 2013. Diamondsion Assault was my longest running project, scrapped because it broke, so I made a couple other attempts, they broke, so I built DA HD Run Test, scrapped for Shifter Run Test, scrapped for Shifter 2.0, scrapped for Shifter Concept, which all broke over the last 6 years.

I learned the hard way, and I learned a lot.

I learned to keep my wires clean and behaviors labeled and organized.

I learned how to make Xbox360/Ps3 controls.

I learned how to make better physics.

I learned how to make unbreakable advanced mechanics.

I learned how to make faux shaders.

I built a Celeste engine test, amongst many many many other tests over the years.

It’s time to use what I learned.

Step 1: Perfecting the gravity and physics.

I built an entire level, breaking the limits of what you normally can do in LBP3, by exploiting glitches in the game. I made a custom song, energy diamond shards, and some junky robot enemies.

The hardest thing was building the AI for Crystal. She follows and mimics you, flies, and does tricks. If you are climbing or wall running, she moves out of the way. If you plug in a controller, Player 2 overrides her AI and can play as her. If you have an online friend, they override her AND they get their own camera. (In LBP games, you ALWAYS share a camera. Going off screen blows up your friends. This is dual cameras with no death off screen.)

The level was so advanced, it usually lags loading in, sometimes gets corrupted, and won’t let me edit it anymore. It’s very corrupted and laggy. I had to constantly make backup copies. It pushed LBP3 to its limits and broke it.

That’s exactly what I plan to do to flowlab.

@“Mhx Ar” Did you make that game on little big planet?

The phone recorded one?

@“Johnny boy”
Thanks, it took me about a month to make that, and the only reason I never improved it or finished it, was because LBP3 always crashed trying to edit after that version.

If you have LBP3, you can probably still play it if the servers still exist.

@Moltenpig
If you make your own topic for your game, I’ll try it when I get home and leave a comment.

Adding concept graphics slowly, but surely. I need to figure out how to make objects parallax on the game layer, so that they always stay around the same area, but still scroll by. Check the main post above.