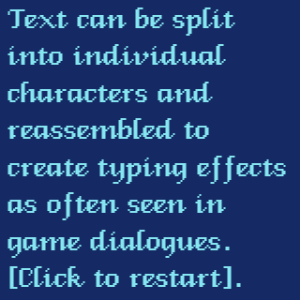 But when I tried it would not work.

If you could help me that would be appreciated.
My Game: Flowlab Game Creator - Boss Battle

kid, you are stupid you didn’t even put in the whole text in

@NelsonGamer75 do you need help with text behaviors on adding typing features into a game, or was this a joke to say “Hahahhahha, YOU THINK” to players who click on the game.
I would have just assumed this was just a mere joke to fool people, but I can see if you actually need help with something then you could be a bit more specific on how exactly you are trying to achieve.
And if this is suppose to be a joke, then I would highly recommend you don’t post discussions luring everyone who is actually willing to lend a helping hand. Taking advantage of people like that can hurt your reputation and when you do need help no one will be willing.

Also @Si-Guy, we try to be civilized and we are supposed to promote good behavior on the forums for new or more younger users, and full on calling him “stupid”, isn’t a very appropriate move. I would suggest not using any name calling no matter what the issue is. The only reason I say this would be because there have been many conflicts in the past over really immature stuff and it does start by either a misunderstanding or just name calling.

@ManiacPumpkin
To answer yes, I needed help with text behaviors.
“Hahahhahha, YOU THINK” was a text that was meant to be a text, that was for the first game which lead to that text leading to the boss fight. I meant to add more later because I wanted the text to fit the screen and not go off it. I needed help on this its just I did not finish the whole text because I was more concerned on the text behaviors. I wanted the text to fit the screen but it goes off it.
Below should be an image of the text going off screen. 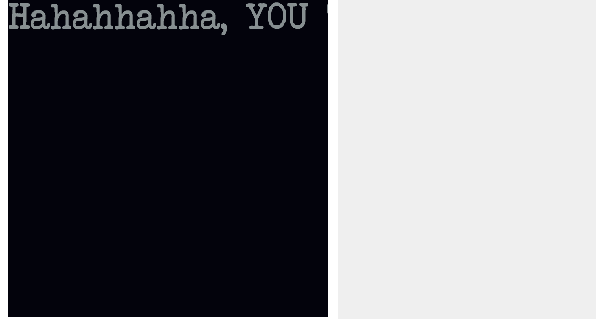 you need to put an enter after the “YOU” (AKA the pre-overflow word) so that the “THINK” (and stuff that’ll come after it) will go down. The maximum width property doesn’t work for some reason, which is stupid. You’ll just have to go with the flow and keep adding enters after the pre overflow word, which means your text input should look like this:
Hahahhahha, YOU
THINK

Thank you for the help, it works now.
As a quick side note:
Was the reason it did not work because the block was broken?
Thanks for the help!

Okay, after Si-guy spewed out, i figured it was a joke cause the text was mildly concerning. But now that you said something I do apologize for taking it the wrong way.
Anyway glad you figured it out.

Probably. It’s just a glitch that hasn’t been fixed yet.

Super sorry about just getting angry like that sorry I took the wrong way and overreacted.

If you keep this kind of behavior up, you will be suspended or worse, banned, so try and be nice from now on, okay?

Or just change the max pixel width so it does it itself, and you don’t need to manually click enter every-time you want more words on the screen because they don’t fit.

It’s okay, after seeing what the text was I was irritated at first as well, but I also took the idea that maybe they just threw some random text into it just to show up on the game editor.