Something I've thought of for a long time; and now see more use in. Controller Capabilities

Sit down my friend, and picture this with me:

You go to your desk, turn on your computer, and connect your controller to it. You sit there, playing the new smash hit from @Latif or @PixelPizza with your newly achieved DualSense PS5 Controller, feeling the effect you have on the world of their creation and working with something other than a keyboard for the first time ever, and not having it be buggy like it is currently.

Simply; an even better experience from Flowlab gaming than it already provides, a monumental achievement for the community and allowing for crazy upgrades to post-current-gen games.

Where did I get this idea? Well simply put; playing 2D Games with a controller is fun, and secondly; while working on HAKK3R 2, I started to wonder; “People won’t feel the effect of playing as a supersoldier who can tear through brick walls with ease and/or run at the speed of light on a computer, will they?”
I started thinking about this more, and realised just how lackluster the experience would be if you didn’t get a little vibration every time you slammed your fist into a random goon’s face, pounced up forty feet in the air just to slam down into the ground and create a mini-earthquake, knock over a 400 pound behemoth of a person, you get the memo.
The experience of Flowlab based gaming could be drastically improved with the ability to stimulate more of your senses than you can now, while giving the player a new layout to work with.

Now, I want to walk you through my concepts for the behaviours of the concept “Console Update”. Most behaviours would be located in the “Controller” Section, a new section of the menu that works in a similar way to the mobile section. Specifically for this one certain platform. And if not located there, then I’ll specify where.

Locate: When given an input to the “Search” Circle, the behaviour will start searching for controllers that are likewise giving an output to find a source signal. (This means source console would need to be off so that the searching controller can find the computer.) If it fails to find a controller in the next 30 seconds, then the block will give an output for “Can’t Find” which can connect either back into “Search” or “Disconnect”. (i.e. trying to search again or completely disconnecting.)

The behaviour also gives an output for “Found” and “Disconnect” which enables the programmer to get certain things to happen if it succeeds or fails, which would probably be a message stating either or. 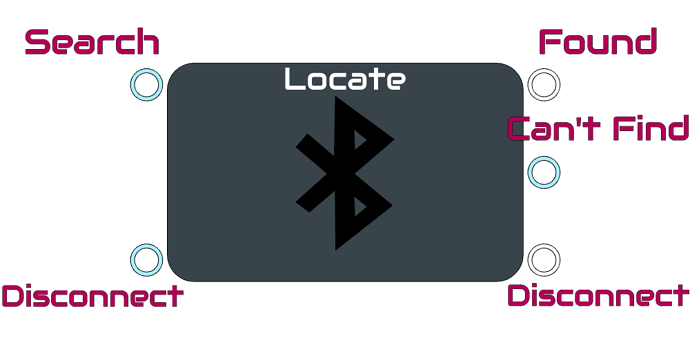 The controller block(s) work exactly like the keyboard block in the sense that you set it to a certain button and the behaviour gives an output when the corresponding button is pushed. And of course repeat delay is likewise, involved.

Now also; upon opening the behaviour, you can switch it to Xbox controls or Playstation controls, which obviously gives you an entire different set of buttons to choose from. Now, I think it’d be best if it showed up in a diagram of the controller where you could choose the independent buttons off of a picture instead of a list, which would benefit people who don’t know the names of the buttons. (Like my friend who calls the triggers buttons and the buttons pedals. I know, he’s crazy 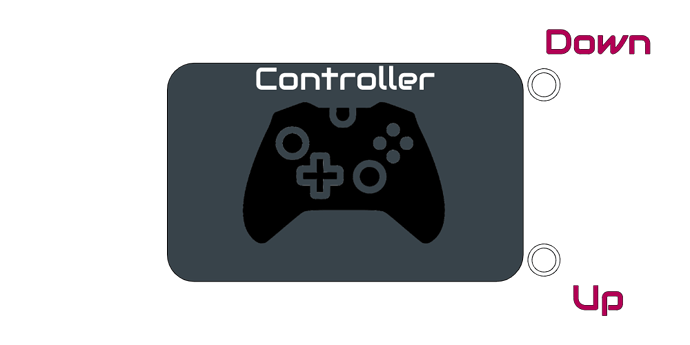 And here it is; the one I’ve been whining to myself about ever since I came to the realisation that HAKK3R 2 could be a bit more exciting

The same behaviour as with the mobile version; except much, much more sophisticated. Not only would it have directional vibration, but it’d also have strength. For example; the higher the number you put into your input, the stronger the vibration, and let’s say it maxes out at 8000. If you want a little tiny vibration every time your character takes a step, wire an alternating vibration to the right and left inputs at an input strength of 10. You’d barely even feel it, (At least according to the max vibration number) but it’d still be there and give the player a bit of subconscious attention to detail, and it’d also be appreciated by those who notice it.

OR, on the complete opposite side of the spectrum, you get into a car crash in a cutscene, head on collision going 300 MPH, your car spirals out of control into a fit of insanity, the window to your right explodes and you fly out of the car, landing on your left leg, and it snaps.

Here’s what that would look like for the vibration command:

Sounds immersive and fun, right? Not the car crash, the being able to feel it in the controller 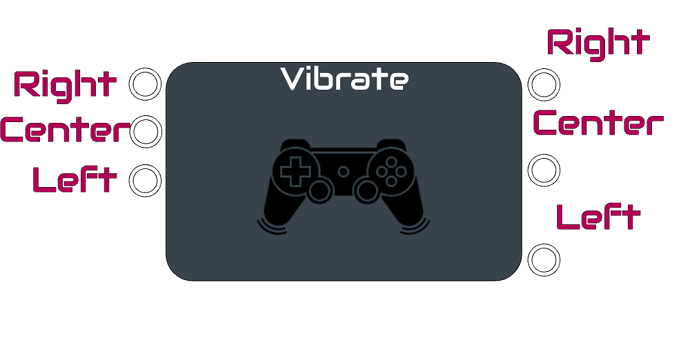 Part 3: The Complications and How to Fix Them if Possible

Wow. That was easily an hour of designing and typing; I have no life

But anyway, that’s it! @grazer your thoughts?

EDIT: If this update ever comes to fruition, I wouldn’t expect it any time soon. I’d say 2022 and beyond is the most likely release date, personally

I’m not reading all that. I just want controller support

And I WANT MOBILE!!! lol, I don’t have a computer but I want to use flowlab still

I literally just read like the first paragraph and looked at the pictures and now I’m supporting this.

Glad to have you aboard! haha I just want to say though; don’t get your hopes up. I’m a bit uncertain if this’ll even be considered as a concept haha

That’s really just not how Bluetooth works AT ALL, because the device connects to controllers, not the game. And mobile devices can already support these controller too, like I can connect my xbox controller to my phone right now.

Now, with that out of the way,
I do think we need a set of behaviors for controller use, especially Microsoft (xbox) since it’s the standard blueprint controls and plug and play with for PC and mobile. There could be many behaviors to make this work, but I think it could be separated with different analog data being their own separate behaviors, and digital being in a single behavior.

Analog Data:
Each setting that uses analog data would need its own behaviors, this is because analog data is continues data that can output any range of numbers. This include left thumbstick (& Right) and Left trigger (& right). I can see thumbsticks to have 2 outputs (angle & strength) and triggers would have 1 output (strength).

Input Data:
This is data that is sent back to the controller, this is just mostly vibration. I really just see this as optional. But if Grazer does add this, I can see this having 2 inputs (time & intensity). Most controllers have 1 or 2 motors, so directional wouldn’t be possible unless someone can hack in HD rumble just to use joy-cons or ps5 controller.

And lastly a way to remap inputs that are set in the game. With the input preset to the game, a simple remap would just change what goes to which (Digital) input.

This sounds like something I inquired about a couple of months back. I remember Grazer stating that controller support is possible in the future, and I would really like to see the concept explored even more.

@JR01 Says pretty much what I think about it too. Bluetooth isn’t needed because it’s your computer or phone that does the connecting but besides that, having controller support for Flowlab would be pretty cool.

@meburningslime @MetaNinja @JR01 and @browngr I think we should be able to relase flowlab games on console. All we would need is console behaviours, and then we can fund whatever we need to actually get it on consoles ourselves.

I tried to ask grazer about this and he said he would have to pay a large sum of money to become a Ps developer, but what if we funded that ourselves? It can’t cost anything to design a game for console, just put it on there.

On the contrary, consoles usually cost a pretty penny to get your game on. I’m not positive about PS4/5 or Xbox, but the Switch and WiiU (not that anyone wants to develop for the WiiU) requires you pay for a development kit that costs over 100 dollars, maybe even over 200 dollars (I forget the exact amount) and I’m not sure if that covors all games you make for it or just one.

You’ll have to double check me on this because I’m not 100% positive though.

Thats why I think Grazer could start a donation page for that then. A lot of people pay for flowlab and so if we raise enough money maybe he’ll do it.

To me, it makes more sense to have the games made on here able to be brought to consoles, but to leave the porting over to the developer. Not to discredit your idea, of course.

Thats what I actually meant in my first paragraph. Let grazer allow us to create games for console and then allow us to do the stuff to get it onto a console