I’m making a new game called Fate, heavily based off of @ManiacPumpkin 's Algiophobia!
Story:
You play as a man named Dillan in the near future. Dillan has just recently bought a new product from a company called Cense. The product is called Behta, and it’s basically siri on crack. It can control you whole entire house! Cooking, cleaning, and everything else at the touch of a button! Even though it’s voice-controlled! Dillan discovers everything that’s achievable with this device, and everything that’s not supposed to be achievable. Suddenly, Behta gets dangerous. It starts controlling everything in his house at a dangerous rate, and soon his life…

Play the beta (or should I say Behta?

) now! You can now walk through your house with the cool doors, although I can’t find out how to make the text work properly…

When game jam is on, literally everything else goes off 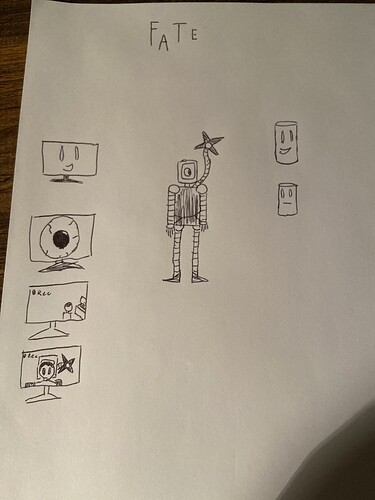 Hey @MelloJello, thank you for the sprite! You’re so much better at art than me, lol

Also, we now have a fade, some bug fixes, and animation for the radio!

Now, I would try to copy off of Alg’s (algiophobia’s) code, but… 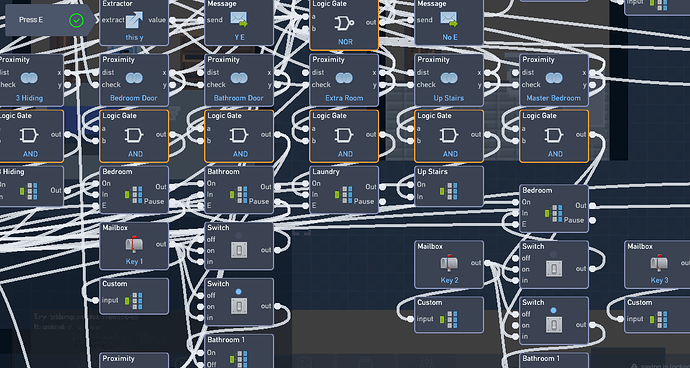 Just added text fade!
It was kinda complicated, and required a couple switches, but I switched the “press E” text over to the absolute shade object, and made it so the text fades as well.

You’re welcome, if you want, I can make more art

Can u make a better door? I suck at doors

I will try to make a good door

Update!
It’s been a while, but I finally added some stuff. You can now interact with Behta, and even tell it to call Jerry!
Who dat?

I made the door, I think it’s okay