That’s right. All y’all who were actually paying attention, you knew as soon as I left Default, I would start on this new game…

Get ready to rumble! This game is an absolute insane mash-up of techniques! In this epic platformer, you are Agent 8, but more commonly known as Bob. I know, I have the best naming skills. Bob has been recently recruited to an expanding tech company called Cense, and they’re ready to expand into space…
Join him on his epic mission to take down space terrorists, defeat alien monstrosities, and discovering the secrets of the universe.

Mechanics you can expect:
In the first level, you’ll get introduced to a new mechanic straight off the bat. Spawners are located at the end of hallways, which spawn enemies every few seconds. Turning off the switch will deactivate it and kill the enemies, but also activate the next one. Fight through them all to get to the end!
Jetpacks, health kits, and star blasters. All new things for me, but I’m pretty sure I could tackle it easily enough. Once you advance through levels, your jetpack will slowly collect the experience you gained from the completion, upgrading itself. You can also use health kits to help you along the mission, but only get a select few per world. Use them wisely! As for star blasters… it’s kind of just a gun

I am super psyched to get this in a beta form, and hope you are too!
Stay groovily freshly awesomely crazily freakily cool,
T+L Studios

Will try to send some preview pictures, but discourse is being stupid right now.

This is cool. Will Black and White be the first T+L Studios game?

It was. It’s in its demo version now, and like i said, all bets are off for that one. Here’s a pic for your troubles. 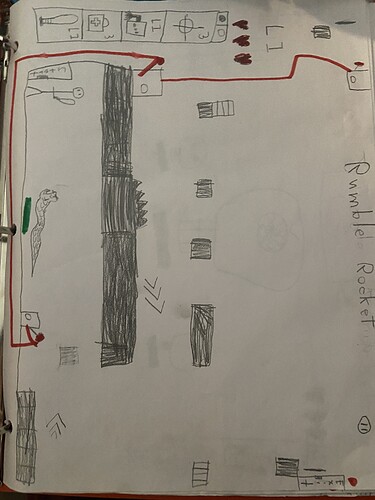 Here’s the pic, but transformed a bit. It’s currently WIP, but the first level is gonna be EPIC.
This is not a game for the faint of heart. It will be very hard, as a boss appears in the second level. 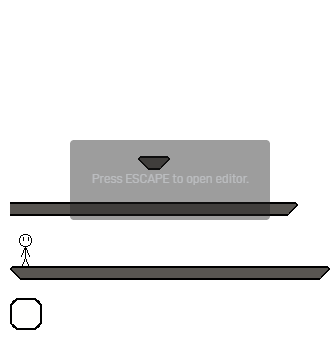 I completed the walking animation. It actually looks pretty good! About to add the weapon in…

a boss appears in the second level

I’ve got that too

This is not a game for the faint of heart. It will be very hard

I have done that before

Update!
Added basic enemies. Made some major movement updates with the player, and now you can activate jetpack! 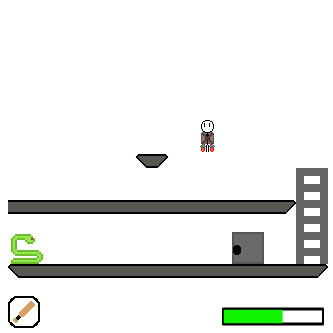 Yayy now you can actually attack stuff! As you can see here, I have murdered snek and their family 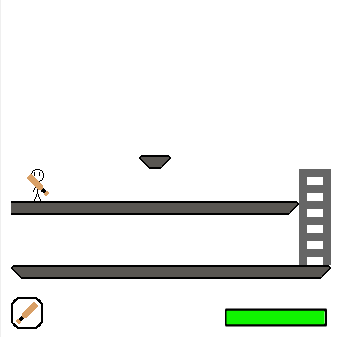 Also, made it so you can’t attack in the air, and fixed some minor bugs with the jetpack.

Nvm. You can attack in the air, but that just makes it better. I also added…
REFUEL! You can now refuel your jetpack! 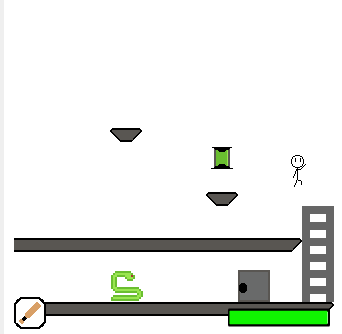 I also added a camera

You should make the snake smaller, and give it an idle and attack animation.

How about a “hold shift to run” mechanic? It could have a stamina bar.

It do have an idle