ok we must find out whats up with @I_Smile ,is he real? is this a big ARG?
is he faking it? is he a alt? we need all the clues we can get!
@ManiacPumpkin
@Deadly_Smile
@LMTPE
@cottonstudio
@CodeAlpaca
@meburningslime

He wants attention so I’m ignoring it.

bro
first off why did you @ so many people, this is just going to waste their time
secondly, I_smile is just looking for attention, and you are giving it to him for no reason
third, what is the purpose of this, the guy just spoke a few times about something and now you want to do something stupid about some random kid that decided to act weird

if so whe need to for sure know that so i decided to troll him! 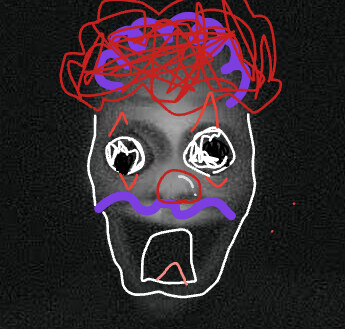 Take a chill pill, it’s all for fun. If you wish, you can mute mentions.

I’m assuming it’s some alt account from someone or it’s just some attention deprived kid.

From their current behavior and speech, I’m actually having a hard time trying to trace it to who it could actually be.

I was about to ask any of you if this was just some secret scheme before I ranted off a comment directed towards him, but after seeing this, I’m assuming we’re all in the same boat.

I don’t care how dumb this user pretends to play, but this roleplaying or whatever fantasy their living in will probably get quite annoying. I recommend only luring him in the off topic channel and prevent his presence elsewhere to avoid spam.

I may even pm him to hopefully get an interview and maybe a true answer as to who it could be. Currently they aren’t harming anyone, but the name, image, and the anonymous messaging can be seen as a threat or some sort of suspicious activity. Even I had a private message from a strange user with such a profile, I probably wouldn’t take it much seriously, but I would heavily look into it because not many sane people would bother unless it’s some sort of joke. But even then, that kind of behavior shouldn’t belong on forums for game developers.

We need to see how people would try to speak creepily and put their “creepy” messages side-by-side with I_Smile’s creepy messages. Next,we’d need to look at everyone’s personality to see if they’d do this or not. We need to figure out who would post an image similar to that and how recent it was. If we add all of the results together,we could presumably find out who I_Smile is. If we can’t after a few attempts,it’s probably just a kid pranking us because they found this forum or someone who’s really good at covering their tracks and not getting caught. Oh yeah,we would also need to find out who’d be the best at not getting caught.

LOL. Bro this is like doing a case with unknown. Except this mothflipper is more mysterious than unknown.

I_smile is just looking for attention, and you are giving it to him for no reason

You annoying being, ONCE AGAIN I NEVER WANTED ATTENTION

I don’t care how dumb this user pretends to play

I just here for the same reason as you, being.

WHAT You think this is joke

@DWGAMEMASTER You should have pm us instead of making pubilc in off-topic. And also @ManiacPumpkin you have a good point but I don’t this guy is even playing around.

You annoying being, ONCE AGAIN I NEVER WANTED ATTENTION

Go ahead, I mean there is @JR01 but we will still keep going

He could speak as a normal person instead of pretending to be some sort of otherworldly form.

I think we’ve got some information. Misses out grammar like ’ or a,takes things out of context and uses capital letters on what.

Don’t blame others instead of blaming the topic thread. Report the topic next time.