Link: https://flowlab.io/game/play/1565662 there is not really a lot to do, but the minigame area update is just right around the corner. For now, try finding the 3 XP. The third XP is hidden btw.
Also, try pressing space to get the reformed version of a character.

Pretty Cool Game, Nice Sprites. But It Needs More To Do. Maybe Add More XP With A Bigger Map?

As I said, the minigame area is comin soon. And it is part of the map. in fact, the whole game will just be one huge map. And as more characters come in that require XP, more XP will be added too.

ok, the minigame area is officially in the game witch ads

roleplay. I think I should change the name lol.

yeah and could you do a better map? it looks a bit… don,t take it personal, but begginer work

Ik, what do you mean by better map tho? like better art or bigger map?
I’m going to add more minigames and characters soon. witch also means more exploring and bigger map.

Is this game multipl—
wait what?

try the other side lol

All of my Fnaf World gaming prepared me for this so I found all of the exp plus I beat the minigame, lol. This game is pretty cool, I wish that there was a little but more to do, but its a really good start. Can’t wait to see what you have in store for this game.

@Seth01Master, Looks like you found the secret XP. But you don’t know how to get to it lol
Edit: look: 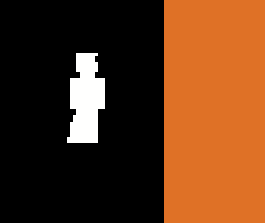 Ok, new update:
1.If you press s you will save your position. It’s like changing spawn because the position is the only thing it really affects

2.The game menu now has music and the red eyes in it have an anamation

its ez to get
could u please make u can save the chars u unlock?

Im working on something like that in my game, im using the value, you could go see what it is. the block is called “Save”

are you trying to save something like coins or position in your game?