So basically, my team and I are trying to make a certain enemy (the green ones/Alien3) emit a tractor beam under the sprite. The problem is when the enemy reaches where it needs to release the tractor beam. To get to where I think the problem is occurring is to open the behaviors of the sprite and go into the Tractor Beam bundle. I need an answer by 12/13/2022. Thanks in advance. 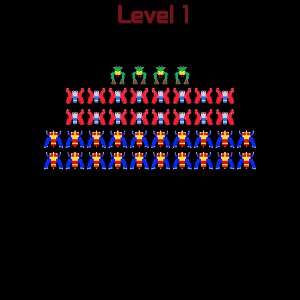 The problem is happening due to the object being Spawned before the Y value is set. The reason for this is due to how Flowlab activates code (I won’t explain the whole thing because it’s a bit complicated).
Doing this will fix that operation order (I moved the “Spawn” input from the timer to the Number instead) 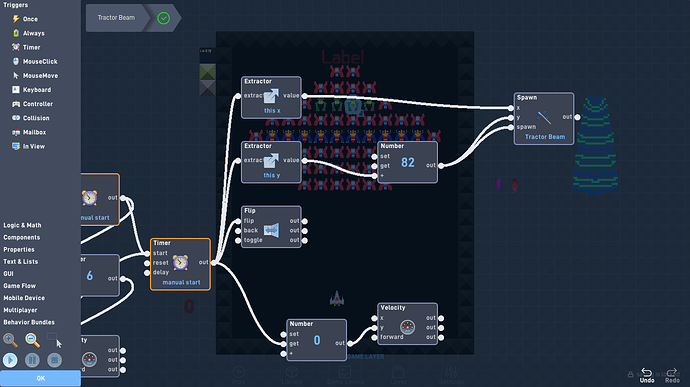 Note: You referred to what you were doing as “emit(ing) a tractor beam”, but what you are actually doing is Spawning a tractor beam. There is an actual behavior called Emit