This game is complete for now, if you have any bug reports that I can fix before the deadline, please report them.

Set a goal for a personal best highscore, or go for the world records (all of which are easy to get currently)
I’d recommend reading the tutorial before playing! The back arrow is in the bottom right corner. 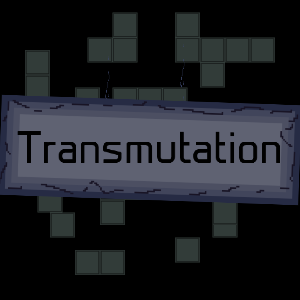 If you get a world record I recommend flexing it in here!

quick question, what do collecting the bags do?

It lets you shoot powder, it shows the hotkeys on the inventory slots.

Its super hard to see how much powder you have, but when you collect blue, red also goes up 1

That’s because you collected a red and blue powder, they can spawn in the same spots.

oh ok. Also, I died before any red/blue tiles spawned so it was impossible to live

That’s part of strategy, you need to keep some spread tiles so you can survive the background shifts.

I didn’t destroy any of the tiles the game start, then before anything spawned I died

How did you die? Shift?

Yes, I died because of the shift thing-y

It has a switch that waits for something to spread. Plus it very rarely ever happens.

btw fun game, highest on beginner was 4800, I’m coming for ya

lag really helps me dodge things at this stage 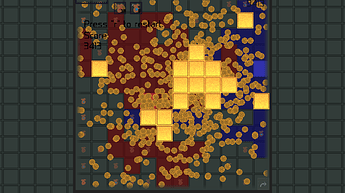 Yea, but I used an advanced timer of mine so you can’t lag to gain score, also how did you let that happen??? shoot the spreads so they don’t get out of control lol

can I destroy the yellow ones?

Nope, they are eternal corruptions.

That probably has to do with a flowlab save being odd, since i just checked the code and when you die it immediately checks if you have a new highscore.