Hello, I started working on this game with no particular idea in mind. Right now its barely playable, but I think you’ll get some enjoyment out of it. Slap the pigs, and try not to die. Any ideas or criticisms are welcome! Flowlab Game Creator - RPG

It’s fun but I find it difficult to reach the pigs since there are a lot of them, and they can shoot me from a ranged area.

This game is neat! I like the clean animations and simplistic style, along with fun gameplay (and, of course, the bacon power ups!) I do have three tips for you on where this game should head:

All in all, it’s a good, fun game, and by all means playable. It just needs a little tuning to make it shine.

There are only melee attacks in this game. The player starts with and is given so little health that combined with a lack of a way to regain health, you die very quickly no matter how good you are at the game. Every single enemy encounter with the pigs drains so much of my health. Without the key component of finding health pickups or regaining health some other way, you are doomed to die very quickly. I highly recommend adding some way to regain lost health. If you don’t like to add ways for the player to heal, I recommend adding a ranged weapon of some sort. Also, for April Fools, you could temporarily color all the pigs green as an Angry Birds reference.

Thanks for the suggestions!
Right now I just manually put the pigs in, so I’ll definitely better plan them out later. My idea for no recoil was to make it more challenging, so that you can’t just walk up and slap them. you can instead, circle around them as they calculate the angle to shoot their laser with a slight delay. I’m not sure what you mean by sniper pigs and melee pigs, they are all the same.

Great April fools idea! Do you think a ranged ability after you get a few kills would work? Also, you can regain health. After you kill a pig, it drops a piece of bacon that gives you half a heart

Thanks! Yes I think a ranged ability like that would be great! Bruh. I didn’t know that.

I’m suggesting there should be variations between the types of pig. Right now, you only have sniper pigs. Maybe add melee pigs or berserker pigs or something else, so that different play styles become necessary and break up the monotony.

Reading this thread before I tried the game was hilarious

I think the game is cool, but it’s too hard to slap the pigs.

All done for the day, thanks for everyone who gave suggestions, I’m getting invested in this lol. There is a wave system with 10 waves so far, an exp leveling system, 3 enemies, and 1 ability as well. I added a few other minor things, but I’m very proud! I’ll work more on it tomorrow (and probably add a ranged attack 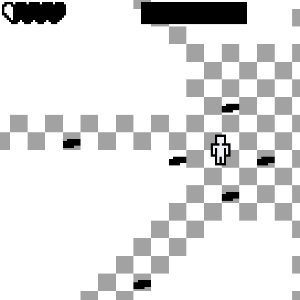 Real Pig Game WASD to move click to slap each level increases your damage the arrow on top points to enemies there are 10 waves currently at exp level 5 you unlock the slam ability (F) collecting bacon will either give you half...

Hello! I have spent my entire weekend on this dumb game so I’m finally taking a break. It now goes up to 15 waves (My high score is 11 right now). There are several abilities that are in the description of the game, so the game play gets different as you level up. Right now it is very challenging, butt I haven’t played it as much as worked on it, so it may be practically impossible to win, so if you can get to wave 15 please tell me.