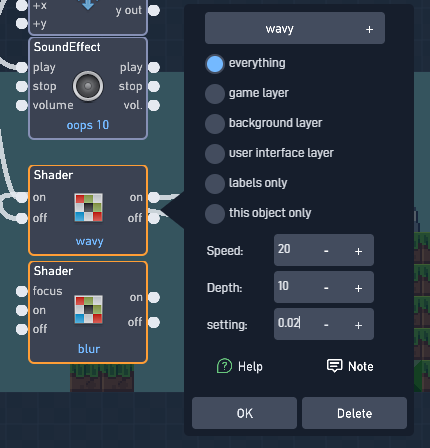 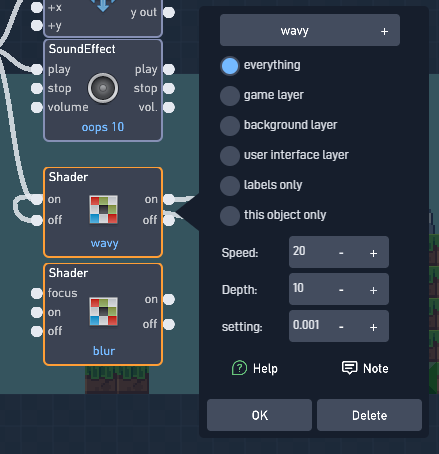 @grazer can you fix this plz?

I think that this is because some of the settings on the shaders have their limits. Maybe for the Wavy shader’s setting, 0.02 is too high, so it resets back to the original number.

I’m still learning a little bit about shaders, so I don’t know for sure if this is the case. But a similar scenario occurs in other shaders, like retroTV’s “curve” setting. The maximum I’ve ever seen that go is 10, and the minimum I’ve ever seen is 2.

I’ve put it a single setting up, tho, and it still reverts. In the playback, it shows, but when I play the game it reverts back.