UNION OFFICIAL (The other one ran out of replies)

Also @Greggo thanks for letting me know. MrMcMemerMan said it wasn’t working for him either, but it could have just been a temporary bug. Not too sure though. I’ll have to check it in the morning.

Np. Hope you get everything to work right for Flee!

Hey guys, how do I convert a text output to a normal number output?

Wait, so private discussions have a limit of 500 replies? Not gonna lie, that is quite frustrating.

Also @MrMcMemerMan, you can’t. You can convert number to text, but not text to number.

Man, I was gonna put a cheat code in, but the text compare behavior only has text outputs.

Use a “To Number” block

Question, where do you go to see submitted games. For me it still says I have to submit a game, but I already did that so I don’t know if it kicked me out, or what. I already submitted it (or at least I thought) and it says I don’t have any games to submit so I was just wondering if there was a way to check that.

@Battery. Has a op game

Welp, its been an honor working with you guys…

Does someone want to send me a link to Battery’s game, I can’t find it.

I’m looking for it, he has a bunch of games, but I don’t know which one it is.

I mean the game is great, but there isn’t anything to do with growing. Or at least anything that I found.
But it did say it was for the 2021 flowjam.

Oh, it has to do with growing alright, Lotus is a type of flower, and in the game, after each wave, the Lotus grows some. 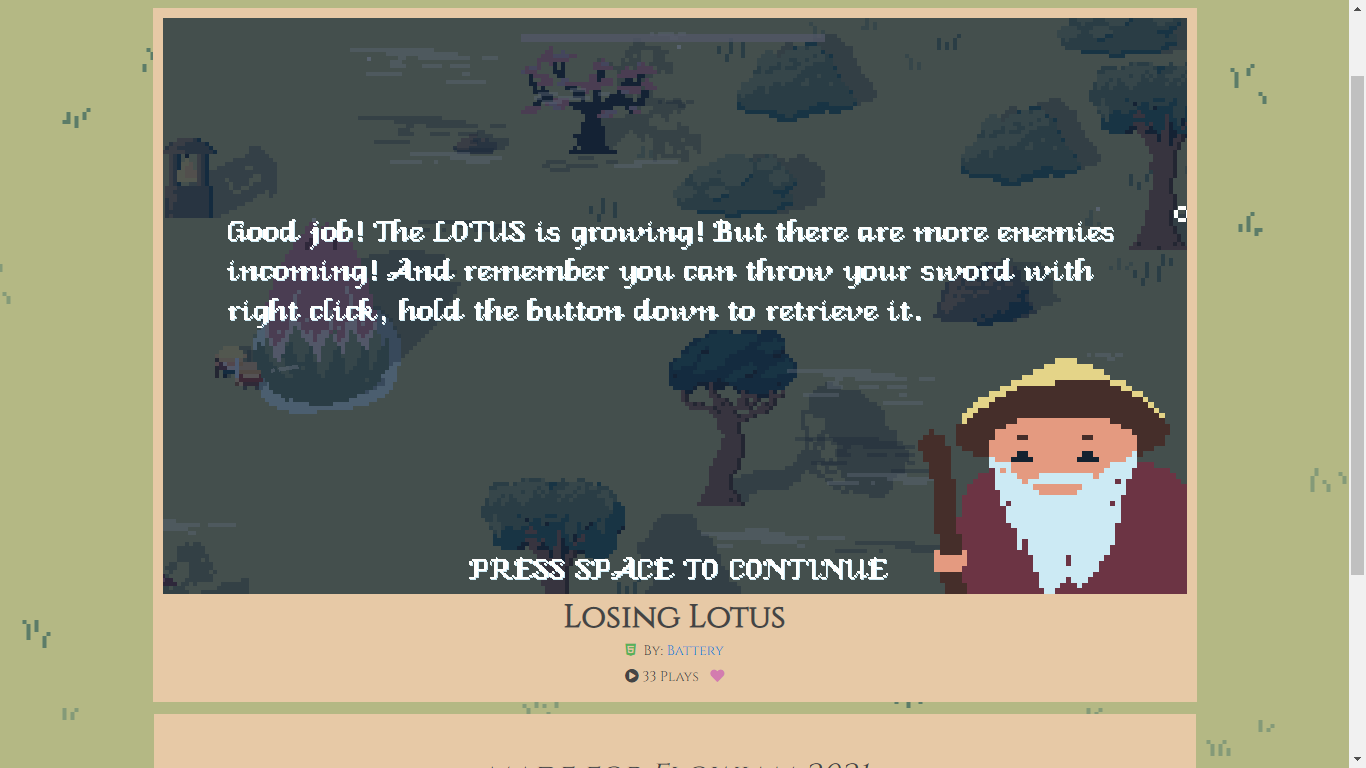 He probably should have made the lotus kind of small since its already really huge.

Yeah he definitly won first place. I heard that the kodex is also in so there goes the top two spots.

On thing I don’t understand is that, Battery named it “Losing Lotus,” Why?