Way to reset your own game?

I messed up, I fixed an issue, but caused a much larger one. And I have no idea what I did.
So I want to reset my object, But I believe only Grazer can do that.

grazer can bring games back that are deleted, but he can’t reset back in time since i think that affects the whole website

I believe the site stores earlier versions of all games. I know there was a problem in the past so grazer reset all games to the last save (I think it was ~8 hours, but for this one, it could be way sooner or later depending on the last save), but he should be able to do individual games.

Also, if you noticed the bug before you clicked the “Play” button to view the game not in the editor, then you could have refreshed the page revert the changes to the last time you view the game.

He’s done an individual game before, but right now I’m trying to solve the issue, and nothing makes sense.
I didn’t notice it at first, it wasn’t really lined up with what I was doing.
I could walk you through the problem, but then you’d be confused too

I would try to help, but because I didn’t make the game I won’t fully understand the problem like you do 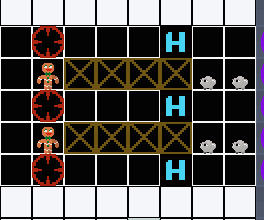 Ok so the gingerbread men, and the little rock things, are all supposed to freeze when the game starts. This worked before I made whatever change.

But when the game starts, not all of them freeze, sometimes all the rocks do, sometimes neither gingerbread man.

hmm, sounds like something to do with a global 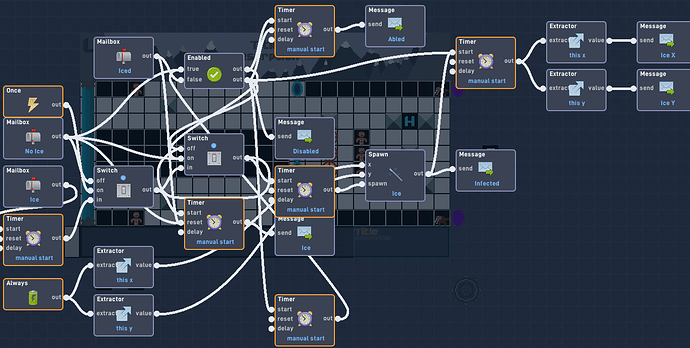 Basically it comes down to if its an emergency. It’s a lot of work and risk to reset a game, remember when everyones game was reset by a week and the site was down for days fixing it? Its better to undo/delete the code yourself if you can.

Hey @game_guy_301 - I’m sorry to say that there is not really a practical way to restore a specific game to a specific point at this time.

This issue just doesn’t make any sense, and i’m going insane over it. I don’t wanna cause an issue for anyone else though.

I’ll try to look at it as well, could you dm me a link to the game?