lol you’re lightening the mood by… Abusing the flagging system and taking a simple comment as an insult 50% of the time?

How did we go from hating each other to being on the exact same wavelength in so little time?

That and a… well you can’t really call him a “common enemy”, a common nuisance maybe 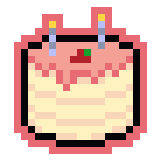 Yoooo! That sure is a cake…

The cake, that is…

Can y’all stop hating on eachother 24/7,mostly directing this to @browngr

Highly recommend you get some context of the situation beforehand, bud

I have and I barely understand anything. All I know is that your claiming meburningslime has been spamming the report system and I got sent here by him.

He has been spamming the report system 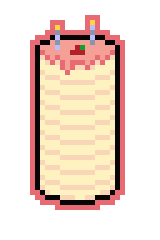 congratulations - you don’t have context of the situation. He’s been spamming the report system for months now, alongside clearly lying about his homelife and trying to garner sympathy points from other members, and as if that wasn’t enough, he takes constructive criticism as insults 90% of the time, which is extremely unhealthy. Oh, and one more thing: He calls practically anyone who sees through his lies bad people and ‘toxic’ for his favourite word. My point is, Slime has an extremely bad routine of behaviour on the forums, and he has earned zero respect from me.

…oh…but why is he doing that

That’s a pretty cool texture, might take some inspiration from that lol

I have no idea why anyone would do stuff like this, but my biggest guess is a want for attention, tbh