Here’s a peek at the the new Pallet Productions logo that I’ll be sticking with. 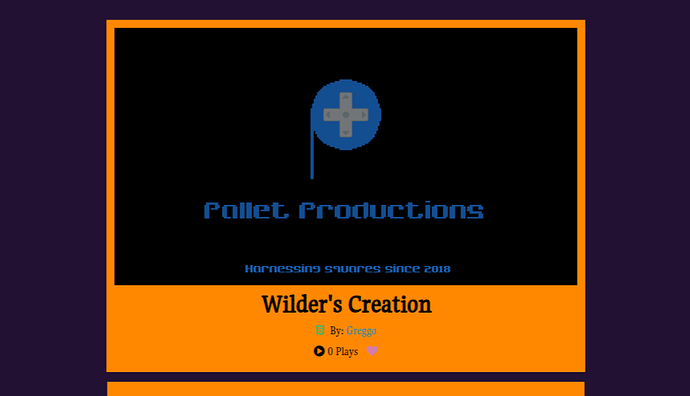 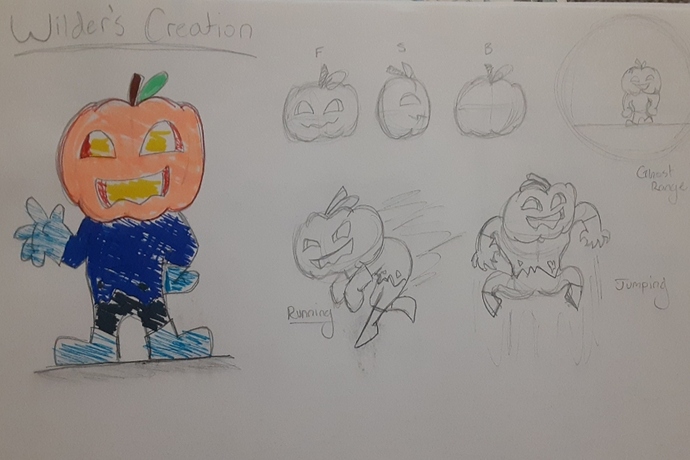 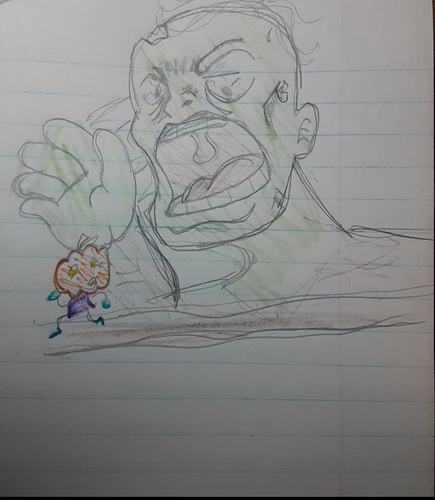 Wilder’s Creation is coming out next Saturday, gang!

Thanks for the support! Make sure to spread the word, my friend!

IT’S OFFICIALLY ONE WEEK UNTIL WILDER’S CREATION IS RELEASED!

So I wanted to share the details of where to play it! The game will of course be available on Flowlab for anyone to play. However it will also be on Itch.io and POTENTIALLY Gamejolt. I haven’t checked out Gamejolt but I should have confirmation tomorrow as to whether or not I will put it there.

I strongly suggest you download the game from Itch.io or (possibly) Gamejolt because they will run the best. The Flowlab version won’t be garbage or anything but I’ve experienced some audio and other minor glitches and I’ve tested it on Mac, Chromebook, and Windows.

I’ll keep you all posted on the potential Gamejolt release!

I can now CONFIRM that Wilder’s Creation will be available on Gamejolt!

So to recap, the game will officially be on Flowlab, Itch, and Gamejolt with Itch and Gamejolt being the preferred versions.

I’ve decided I’m gonna share a song from Wilder’s Creation everyday until the release this Saturday just to have something to show you guys.

Starting off with the song Wilder Awaits…

It sounds dope @Greggo! Also, just wondering for future reference - does sound, well, sound better when played on Itch.io and GameJolt? Because I’m getting that weird pause thing you mentioned on a thread I can’t remember.

@rcreger I’m not sure. I don’t know if the sound glitch is gone once it’s exported but I’ll be able to check it out tomorrow and report back. It’s probably just a bug with Flowlab’s engine though.

Thanks man:) I wasn’t sure since my game was obviously not close enough to being done

But honestly, the OST sounds great so far, I don’t know how you do it

Thanks, dude! One of my biggest regrets with this game is the fact that I didn’t have more content to make more tracks

this game is very unique and cool

Though I haven’t commented on this topic yet I am tracking it and I thought you should know that it looks great and looking forward to the release. Also, have you considered exporting it?

@AbstractGallery Thank you so much for the support! The game will be available on Itch.io and GameJolt this Saturday

Today’s song is a tranquil one called Moonlight Serenade…

Thank you @Greggo - this is very valuable information, thank you so much!

Today’s song will be the last I share. It’s titled Fight Until Morning…

Wilder’s Creation releases tomorrow, gang! I’m super excited for you all to play it!