Hello, everyone! Just started working on the new map for HAKK3R 2, and I think it’s given me an idea for a relatively small feature that could be added to the game making interface. 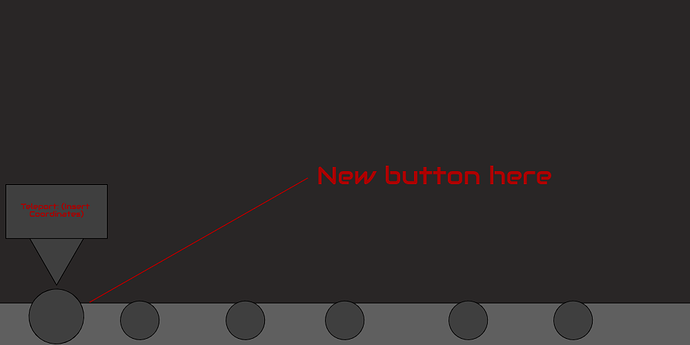 As you can see in this picture, this feature would be located on the hotbar at the bottom of your screen when in the game creation interface. It would allow for you to teleport to a different coordinate on the level. This would make getting across long distances infinitely easier.

For example: As I said earlier in this post, I’m working on the new map for HAKK3R 2 now. I’m already getting into insane numbers on the coordinate plane, currently, at around 4,000x and -400y and based on the map drafts I have, there’s a very real chance of breaking the 1,000,000’s in the future, for both X and Y. That would be an absolute pain to work on, and I’d lose motivation super fast because of how long it’d take to get around.

That’s one example of many I could use.

So, as a repeat: My pitch here is to add a feature to the hotbar that allows you to teleport to a different area in the level so that overall efficiency in your work is boosted tenfold.

This is a great idea. This or something like this would be a really great feature.

A scroll bar inside the game editor would be cool.