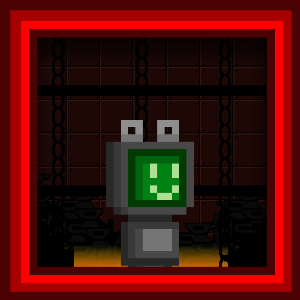 The game reviews have been tallied, and the Winner is Shattering Steel , by Recryptech. After two very close 2nd place games with Flowjam 2021’s Growth of Winter and then again with the 2021 Summer Flowjam entry The Illusionist , Recryptech doubled down with the very fun, juicy, and highly polished Shattering Steel . Not only did this game earn a well-deserved top spot, it also as scored a rating of 4.01 - which is the highest rated Flowjam entry since we began collecting ratings.

read more on the Flowjam page: 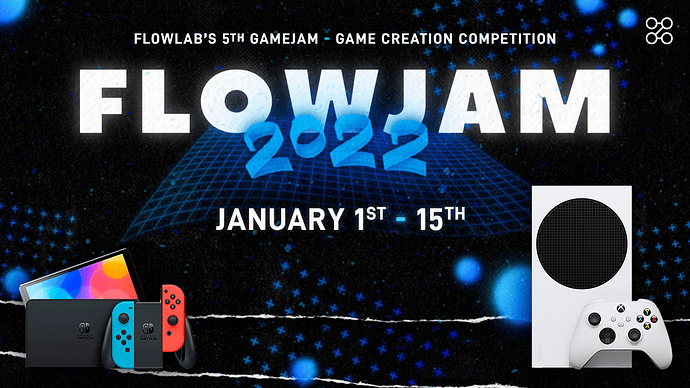 Win a Game Console in the 2022 Flowjam game jam

Congrats. Definitely worth losing to! Great graphics an concept.

Congratulations, @Recryptech! Your entry was absolutely my favorite! You managed to create a simple customization system that was surprisingly fun to experiment with and had a well set atmosphere. This was a well-earned win

Cool, @Recryptech that game does deserve a win, welp guess its time to practice me flowlab skills

Congrats Recryptech! I really need to up my game if I want to win one of these someday.

Well done @Recryptech , one can tell how much work went into it.

Way to go @Recryptech, that was a great game.

I just saw this, this is really great to hear! I’m so glad you all liked it, I put a lot of effort into Shattering Steel, so it means a lot that not only did you guys like it, but it also won! I’ve been racing for that first place finish for a while now, and have learned some great lessons and competed against countless great games and creators. I don’t plan to stop anytime soon, but to finally achieve this is amazing. Major thanks to @Mhx_Air for the amazing work with the soundtrack and for his devoted effort to pump out something great. He was great to work with, and without him, I know for sure this game wouldn’t be nearly as entertaining or unique. Thank you all from the bottom of my heart and I wish everyone well on their own game development journies as well!

Congrats to everyone on a job well done! Here’s to improving until the next competition

Maybe next time I can actually complete my game, lol

sorry I’m late to respond, but congrats @Recryptech ! it was a very well deserved win and my personal favourite from the jam.

it was great to see @TinkerSmith enter and place too!

and good job to everyone else! even the unfinished games had some really cool ideas.
one unfinished (I think?) idea I liked was iteration: COLONY
for some reason it reminds me of the Multiverse game on mathletics I used to play in elementary school, not sure why.

Respect for the other uploads? Here’s an upvote, mate:

Guys…, I want to ask all, 1 year how many times flowjam is held ?

The Flowjam is held in the winter and in the summer each year.