Anyone have ideas for making a BOSS/BOSS battle? 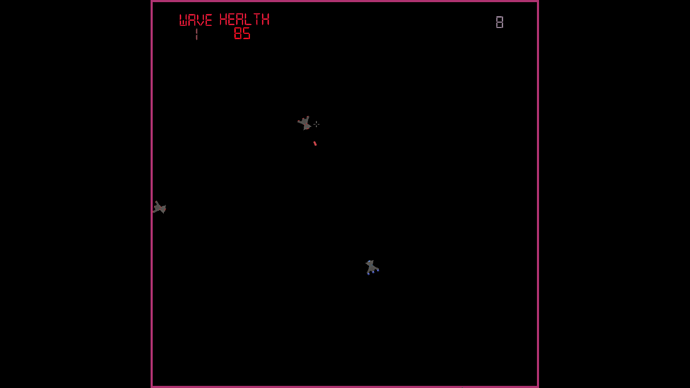 i’ll get a newer image rn

One of my favorite games are Bullet Hell: 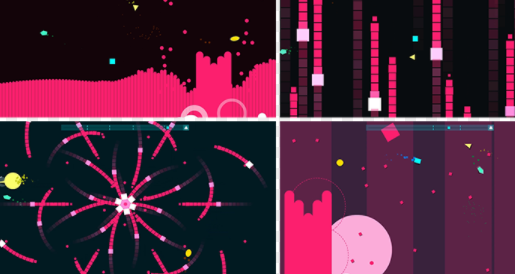 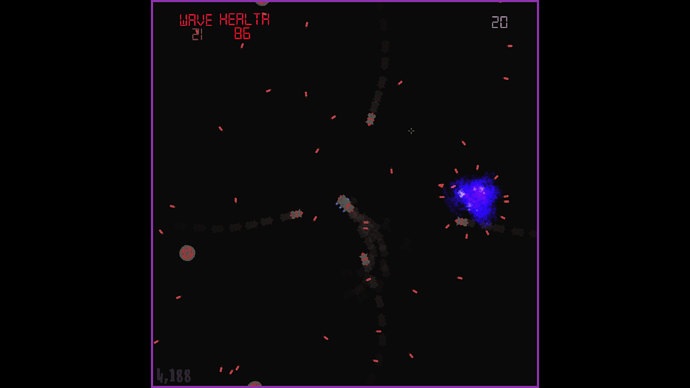 Thanks EVERYONE for the ideas!
Now you guys are starting to make me think.
Thank you lots!

Me and @Pixel_Name1 discussed some advice on creating a good boss battle. Perhaps they could be helpful for you.

The best part of any game is getting to the end and defeating that hard boss that you’ve been preparing for. You may feel that your game needs that near to impossible boss battle, but you need to remember that you need to give your boss weaknesses to make sure that the player would be able to defeat it. Look at Minecraft for example. Its boss the “Ender Dragon” has end crystals that you have to destroy to get its health down, that is its weakness. Also make the boss fight fun, I would suggest going to family and let them play your game and try and defeat your boss then ask them what they liked and what needs to be changed.

Adding on to what @Pixel_Name1 is saying on point 3, it would also be a good idea to plan ahead on what your boss is like. Try making concept art, or a list of planned actions and conditions. You also want your boss to fit the game. Does it work well with the game’s mechanics? Does it align properly with the difficulty?
You can also try experimenting with the boss’ mechanics to see what works best. And it’s okay if you’re not satisfied at first; trial and error is a good learning experience and can lead to new ideas that can solve previous problems.

@MetaNinja , this gives me some valuable info! thx!

No problem, and good luck with your boss battle!

big mud guy who shoots mud and regenerates quickly but u need to attack his “Health Core” in his back but it will be hard cuz it would be looking at you alot sometimes and it has 200 HP, also has a move called smash, it jumps very high and smashes hte entire battleground and hurt you, but to dodge it you need to jump when it smashes

A truly ICONIC bullet hell game series is Touhou. You can ask @spencertheball for more details, they’ve played more Touhou than me I think.

yeah, its a move from one of the bosses in kirby

Metal Gear Rising: Revengeance has amazing bosses; you may get very good inspiration.

I HATH BEEN SUMMONED TO THE COURT OF ORDER

Touhou is a hugely popular bullet hell franchise in Japan infamous for its difficulty. I do mean HUGE, I’m talking 18 mainline games, 5-6 official spinoffs, multiple official manga series, light novels, and merchandise, as well as a near unlimited supply of high-quality fangames. 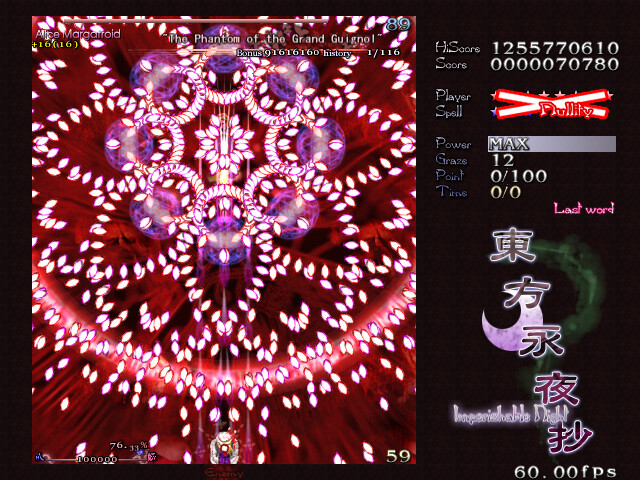 The other strategy: Do what Shrekinson just recommended.
MGR: Revengeance has excellent bosses.

All you need is a hot man with a sword, some heavy metal music (THERE WILL BE BLOODSHED), and a lot of one-liners.

All you need is a hot man with a sword, some heavy metal music (THERE WILL BE BLOODSHED) , and a lot of one-liners.

Your so into touhou…

That’s like saying water flows in a river. It’s so obvious lol

I played touhou on someones computer, I ACTUALLY SURVIVED FOR A FEW MINUTES.

Whoa! I survived for way longer but only because it was a different genre that wasn’t bullet hell (it was a sidescrolling spinoff called Touhou Luna Nights).

The bosses in that game are also very interesting from what I’ve seen.