Can I still use this?

I created my game for the FlowJam2021. But I clicked on “New Game” around an hour before midnight. And I didn’t realize it wouldn’t get accepted if it wasn’t made on the 16th which mine was made on the 15th around 11pm. Can I still use it…? 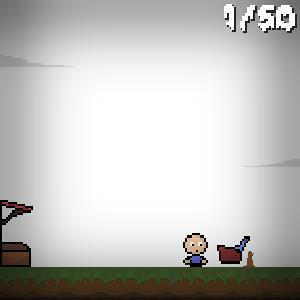 Also it says it was created on the 16th :

But I know I made it around an hour before the 16th.
So will that work?

Also note that the game is a wip…

I believe that icon means it was EDITED on January 16th. Not made. I don’t believe it can be accepted.

Is it possible for you to recreate the game?

@Benicheen, the time used in Flowlab is Eastern Time.

For example, you may have made the game 11PM Jan 15 on Western time.
But on Eastern time, that would be 1AM on Jan 16.

There is a cheaty way to do it, @grazer you should know this too. You could clone your game. The clone would have that date.

Hey @meburningslime - cloning a game doesn’t clone the creation time. Also Cloned games show underneath the game that they are clones.

In any case, the goal isn’t to be incredibly strict about the start time - my goal with the time cutoff on the submit button was just to make sure that everyone waits until the theme is announced so that the playing field is even for all.

Thank god. Also I use a free account so I wouldn’t be able to clone it.