Not going to tell much since most of the game will be kept secret and it will often be private. 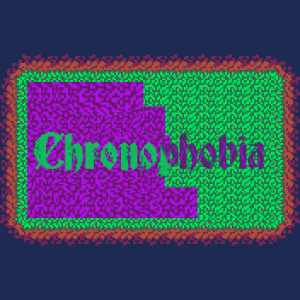 wasd ==== look for purple tiles, thanks for testing i guess

Why did you disable mod support

Do not respond to me in this topic, but I would like to point out the objective fact that both you, puginarug, and Galactican are both nerds (

). Me, 117JOJO, and MetaNinja are all gigachads because we love and support the Minions. 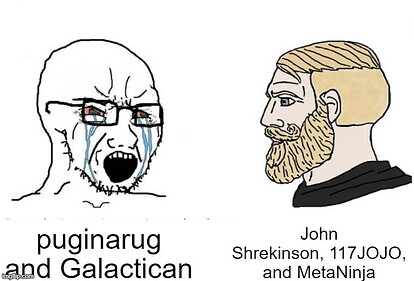 I’m not hating on the movie (i’d probably like the movie tbh). I’m hating on the fact that you guys are annoying the shit out of us by spamming something related to it when no one cares.

That’s not really the point. I don’t necessarily mind what you say, cause it’s freedom is speech, but I must slightly agree with @puginarug and @Galactian. You guys have been posting a lot of useless stuff about the new minions, asking a lot of people to add it in their games, making memes, etc. it’s alright it it stick to the ofc or something, but it gets pretty annoying real quick when it’s constantly posted on many other discussions.
First it was Morbius and now the minions. You even made an entirely knew topic just for Morbius meme and it was clogging the forums of notifications. I know when a new meme movie appears, you all jump on the train and ride it for as long as you can until the next movie.
Which I don’t mind, as long as you keep it down a bit. You’ve been very post-happy about a lot of it and a lot of people have been able to tolerate it, but on a personnel scale, I do find it a bit annoying to find messages constantly about the minions or something.
I’m sure the movie is good, and you’re just doing it for the memes, I have nothing against that, but I do ask that you keep it to the otc at least, and don’t ask people to add something like that to a game cause it doesn’t really sound like a serious question. Most people don’t make games based off of memes an stuff like you guys do so it’s kind of weird when people are asked to put that kind of stuff in their game.
You can keep posting about it, but I do just ask you keep it in the otc and not post it on everything else. It’s alright to have fun, but the forums was mostly for people to discuss serious game development and ask questions. Which was why the otc was make.

Based. However, I would like to clarify that Minions is not just for the memes and I genuinely like it. I will try to shut up about Minions for now. Please do consider watching it some time because it is a truly great film.

I get and understand what you are saying,but you do talk about minions a lot and sometimes that can be annoying to some people.There is nothing wrong with liking someone but it can be anyone when you talk about it all the time.

After grace:
Many new enemies appear and the corruption starts spread rapidly and exponentially. At first it will spread only 2 times faster than before grace, and this will speed up 50% every minute.

New enemies will counter walls and increase the chances of the corruption seeping into your base and ending your game. The goal is to survive as long as possible after grace period. If I have time I’ll add an expert mode.

Corruption cannot spread through walls. So you want to have all your buildings behind walls so they have a chance. You have no weapons besides a hammer, so you have to rely on turrets. The final drill level requires a material dropped by a new enemy, meaning that maxed out buildings require you to reach the end of grace period.

I will finish it after the flowjam if I have too, I really do think it will be extremely fun when done.

Tutorial added, walls can now be placed and cost wood, and they also now have all 5 levels done.

lol, I lost about a full week myself.

You can now place turrets and upgrade them. Tumorite is now gatherable after grace ends.

New enemy that explodes and deals a lot of damage.

I did it. 5 days out of 14 and I finished an ambitious project. I wanted to add a lot more like a boss, but after flowjam this game will heavily be updated regularly as my friend will join me in creating it’s updates as they love the idea as much as I do.

yeehaw good and a challenge