Detecting in a straight line

This seems simple, yet it’s not. I need a way to extract the X position of an object that’s parallel to another. When it spawns it checks straight forward for an enemy. Basically Ray-Cast but it gives you the X-position instead of angle. I’m using Proximity right now, but it detects things on other lanes, which is unhelpful.

You can check if 2 objects are parallel if their rotation is the same, you can find an objects rotation with the Extractor.

When it spawns it checks straight forward for an enemy. Basically Ray-Cast but it gives you the X-position instead of angle

(not important) Ray casts don’t output the angle, the output the distance to the center of the object.
(Important) There is a new Message option that allows you to message the last object hit by a ray cast. You can send a message to whatever object is hit and then that object will reply to last message and sends its X position.

I TOTALLY FORGOT ABOUT THAT FEATURE, THANK YOU SO MUCH.
Also, is the distance to the center, like from the object with the raycast? I’m a little confused with that. 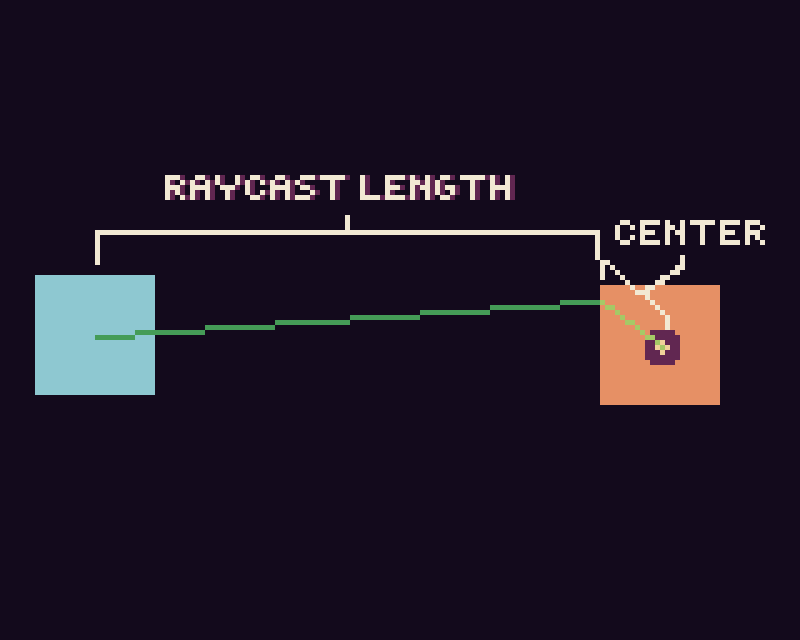 I could have misunderstood what I’ve heard (+what I’ve experienced) about raycasts, so if this is wrong someone can correct me