Differing between players in multiplayer

So I’m pretty new to multiplayer, but I have looked at some games and read the manual. I’m trying to make this bumper car game work in multiplayer, but I’m not sure how to get different values for each car. I want to have a player number (1 or 2) for the red and green cars. What would the best way of doing this be? 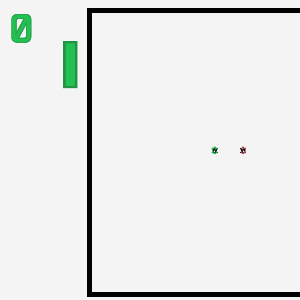 Original game if you need a reference

This was something I recently tackled actually for a multiplayer game I was hoping to make. I needed the game to know which player was who so I essentially had the players choose. Players would select a button that would assign a value to them that told the game who they were and certain inputs and triggers would only work if they had a specific value, which can be done using a filter and/or a switch.

It’s kind of complicated but if you need me to be a little more specific I can try. I am currently unable to look at your game so I don’t know how your players are set up but hopefully this helps. I tried to explain it as simply as possible.

so you’re saying you have multiple buttons and the players had to manually chose one, or just one button that changed which value they were assigned?

Multiple buttons, each assigning a different value to the player that chooses it.

There are two players in multiplayer bumper cars right? Just make one player object, but on startup have them move to different locations on the map. Put a Once in the player object, then connect that to a Random block. In the Random, set the numbers to 1-whatever number of skins you have. Finally, connect the Out of the Random to the Go To of an Animation block, and you’re done!

but what if both players roll the same number…

They won’t though. Check my multiplayer games (halo and gamougg) for the skins behaviours.