@grazer, I was helping with a problem that @ShadowGaming was having on the topic below.

Random Power-up effect like in mario kart How To

Dont you know how in mario kart, when you get an item, it plays an animation where it does the little slot machine thing, and then it slows down and stops then you get that power-up? how do i do that?


While I was checking it out I discovered that even though I’m not in a DEV team with ShadowGaming it still said, “Conflict Found! Someone else was updating these behaviors” 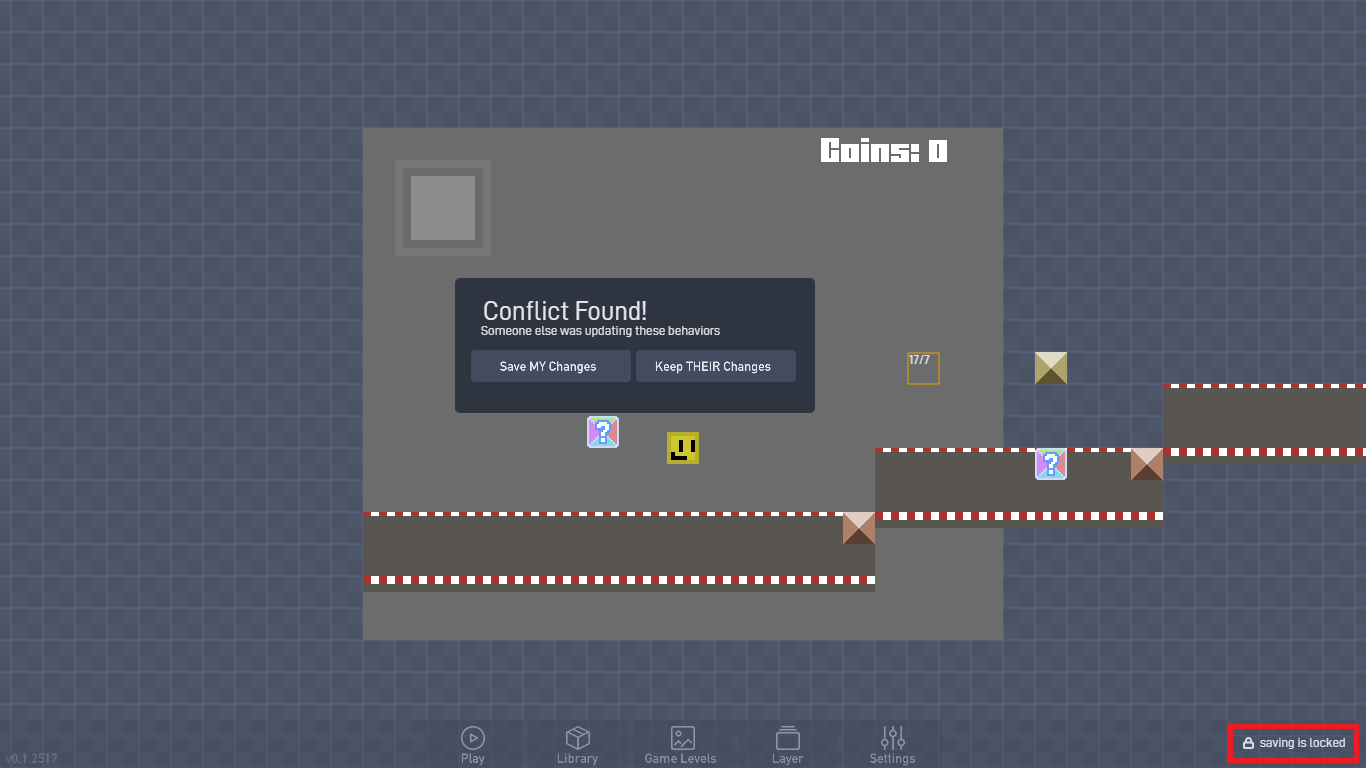 I feel like I came across this problem too, but I was apart of a bunch of dev teams so I don’t know if it was a legit bug or just two game devs on the same game, but that does seem rather interesting. I feel like when it says that (since you don’t own the game) you can probably select either keeps my changes, or keep their changes and it won’t change anything. At least i think. I never really tried it. If this does become a major problem then grazer might have to be summoned.

That Is Not A Bug, It Already Happend To Me Before On One Of My Games When I Was Ediing A Spirite. With No Dev Teams.

Yes, You Can Save YOUR Changes I Did It Before In Mariofan’s Game. When I Was Not On His Dev Team

And I Reloaded The Page And The Sprite That I Edited Saved.