Does physics not work if objects move on their own?

All the objects here have high bounce, low friction, but when they encounter each other, no bouncing happens. They are not, however, being moved by the user–the movement is first recorded and then they move on their own. Is this why? 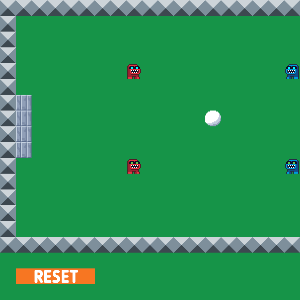 A simple starting attempt to apply the same game mechanic as found in Frozen Synapse to soccer strategy. Basic idea: While the game is paused, each moves their players into the position where they are to be in the next few seconds. Press play,...

Haven’t looked at the code, but I’m guessing it’s because the position is constantly being set by the Ease behavior, so if they were to be moved off course they’d instantly snap back

CodeAlpaca is correct; if you’re using position, the players will go into that coordinates and then physics will move them apart.

If you want them to push each other (which also means they want exactly get to their destination), you should try using velocity and a timer to get that distance they need to run.

Okay now my players are bouncing around like billiard balls

Is there an example of how to set up “go a bit in the direction of this location” code with velocity? (Have searched the forums)

Is this what you’re looking for?

Move using arrow keys, and the spaceship will follow. The *Space Ship* object uses a **Timer** trigger to find the *Player* object's location every second. A **Look At** block is used to point the enemy at the player's location. 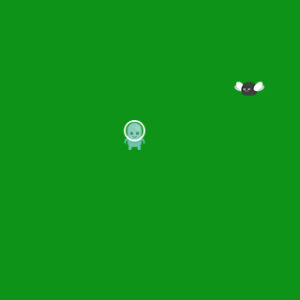 Ahh yes, should have thought of thinking of it this way, thank you again–also at least the code I was trying to figure out on my own wasn’t too far off, that’s encouraging