Doggo Speedrun Example was first introduced to the Flowlab community on January 18th. Players have been grinding this game trying to gain every 25 hundredths possible, pushing the limit of what was thought possible to a 70. Doggo Speedrun’s most prominent speedrunner Rezarg holds the current world record at a 70, but has gotten several close attempts to a legendary sub-70. While at first, a 70 seemed to be the upper limit for this game, the recent tech called the Clip Slide and Edge Jump have been discovered that could possibly save several hundredths, bringing the possibilities to a mid 60. While no one has yet to perform these tricks in an actual run, speedrunners have been getting closer and closer to managing to get it.
Until @rezarg got this run… A perfect Edge Clip paired with an incredibly clean run allowed Rezarg to get the legendary 69 time, which is the current world record. 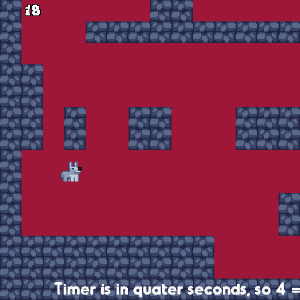 Snowwy Speedrun is the brother to the famous Doggo Speedrun. They share much of the same charm that made players fall in love with Doggo, but with a few interesting twists. In Snowwy Speedrun players must unlock 6 different snowflakes, and once collected, the players will be able to complete the stage. It’s a faster-paced version of Doggo Speedrun that requires nearly the same amount of technical skill, and once again has a current world record of 70 held by DinoDev. Speedrunners are now experimenting with different movement options and paths to try and be the first to the legendary sub-70 time. 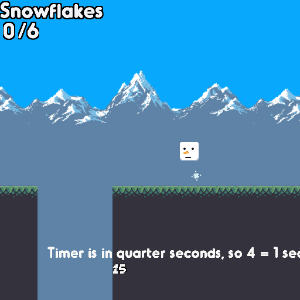 A Speedrun Game Made at the End of January (it's snowing rn) A and D or Arrow Keys to move, Space, Up Arrow, or W to Jump R to Restart Link to "Doggo Speedrun Example": https://flowlab.io/game/play/2204854

Also, if anyone is interested here is our discord (DinoDev and me)

Leaderboard takes ~10 seconds to update sometimes, so unless the editor was opened it should show up (unless you need to reload the game, sometimes it’s like that)

??? That must be a flowlab issue (I didn’t code it, but I’m assuming that’s it). You’re logged in and didn’t open the editor?

Actually you did code it hehe, it’s copy and pasted from doggo

Wdym, I don’t see the problem