Ok so now that I have the monster chasing the player when seen, I need the monster to follow a pattern. Here is a example. 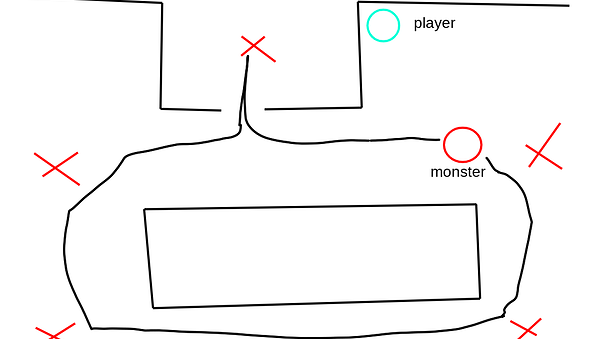 Um ok thanks. Iwill try it out.

You could probably research stealth game guard’s AI, as it is similar to what you want

idk if there are any good stealth game examples on flowlab, i can check tho

Ok thanks! If you do it would mean alot. thank you!

JR has an example that does exactly what you’re looking for (It may not have the ability to wait at the points, but adding a single timer should fix that issue)

I’ve actually done a lot of examples and testing this year, and only some of which I make dedicated posts for. Some users share these examples, but more are usually seen in the discord when I make and update them. So below are a list of examples I’ve made up to now, but haven’t made a post for.

Raycasts failed because they don’t rotate with the enemy

Ray casts can rotate because they have an Angle input. I would recommend looking at my Lighting example to see an efficient way to have all the ray casts

Summary: (Starting Value + Player Rotation) - FOV/2
I spawned in another object to have the ray casts because I could assign each of them a starting value without having to manually do it. (In the example the lines extend to match the ray cast length, this is unneeded for what you’re doing unless you wanted to have a visual of the enemies sight line)

this is a very simple baseline, maybe it will help you 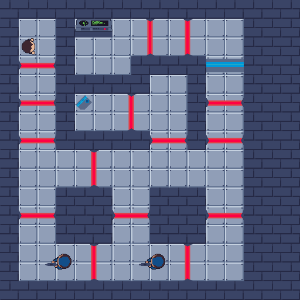 Simple example of stealth game mechanics in a top-down format - player must collect keycard to open door to exit - enemies follow a set path and watch for the player via raycasts - lasers toggle between on and off periodically - instant game...

make a topic for this, maybe other people would want to see it