I’ve been thinking… literally all day about this. So it’s time to poll.

A printable flowlab-based board game to play solo or with friends.

I’ve already thought of how I can go about this… but I just want to know if this is something people would be totally interested in.

And, of course, if it’s allowed by Grazer (like I’m not going to get sued by him)

Would you print and play a Flowlab-based board game?

Have an amazing rest of your day!

HEY YOU VOTED WITH YOURSELF AND TWO ACCOUNTS

I did do this, you’re right. But it was on accident. You see, I have an alt account, and by default it’s been signed into the forum on my web browser on my iPad. I opened the forum link from discord and it obviously didn’t bring me straight to my discourse app because it’s not an actual Flowlab discourse app… instead it opened the web browser, where I was logged into DinoDev1 (also known as DinoDevFree)… then, I opened up the discourse app, where I’m logged into this account (DinoDev), and liked the post again because I thought it was a bug… guess not!

Of course I have no problem with you trying to make one though, I’d like to see it.

I had a lot of ideas for how it could work…

It could be a fun game for already experienced flowlabbers… and maybe even help some amateurs dive into the logic a bit.

I might make a sketch to draw out my thoughts… and I wish I knew a game I could reference it to that I think it looks sort of like.

Hm… I’ll come up with a sketch probably this week.

I wouldn’t play it but i like the idea

yeah I honestly have no idea what youre thinking of lol

Maybe cards with behaviors on them?
Would you actually use the logic of behaviors or combine them in a sort of “hardcoded” manner?
I’d love to see where this goes!

Curious about how you’d go about this, I would for-sure play it!

That is a LOAD of votes… thank you everyone!

Expect sketches of the design here soon! This will just allow everyone to see my thought process… 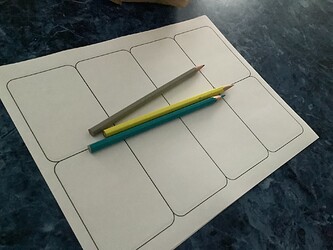