You can use the zoom feature on the camera.

And also you can’t do this without making the sprites smaller, if the area is bigger and they are the same size, they will appear smaller.

there is a “zoom” inout for the camera behavior. It’s a percentage, so if you want to zoom out you can put a number less than 100, and to zoom in put in a number greater than 100

Apologies but i looked at the camera and could not find the ‘zoom feature’ am i blind? 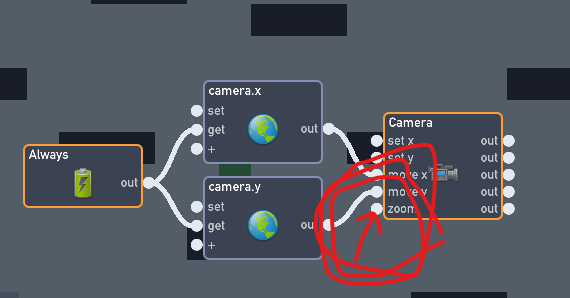 Thank you very much, it like a new section has been revealed, never recognised it before.