Got back, everyones profile has changed, summary of things that happened!

Hey guys, ive been away from flowlab 4 a while and was just wondering if y’all could maybe summarise whats gone on? Or like if theres a story behind new pfp or any new updates? Just a quick summary tho, as otherwisw i might as well spend 3 hrs reading topics!
Thanks and happy to be back, Beaniesbugs

people worked on games, people chatted in forums, people stuck pixels together and made them walk, and UFOs HAVE BEEN CONFIRMED BY THE GOVERNMENT AND NOBODY IS TALKING ABOUT IT WHAT ARE YOU DOING PEOPLE

just so you know, I’m really not joking on that last one. they did a whole 60 minutes on it. seriously, look into it.

repeat for next 20 days

tbh, there is no story behind my pfp, I just changed it… cuz It looks nice.

nothing has happened, well not much anyway.
rcreger has begun asking people if they want to help make Sol.
GalaxianGames is still posting updates on Dark Ninja.
browngr is coming back with a full schedule of development.
F3Art just finished August Silent and has put it on newgrounds.
The mitochondria is the powerhouse of the cell.
Tim01 is back.
The artists contest is still dead.
GameMaster107 went missing after never being found in a game of hiding and seek.
Bmarzi posted their new game, Ace Commander
I just woke up
I’m going back to sleep.

just so you know, I’m really not joking on that last one. they did a whole 60 minutes on it. seriously, look into it.

Actually it’s a subject that’s not entirely off topic for Flowlab. Alien games are always interesting.

Maybe they want to be friends…? Or maybe they just want to probe us “for science”. IDK. I think if they wanted to kill us, they are taking their time about it. Maybe they’re waiting for reinforcements…

The truth is out there.

Looks the same as any other ufo video to me

the thing isn’t that this is being overlooked by the general public (which is already crazy on its own), it’s that this has been confirmed by the government and the people who would know what they’re doing aren’t paying attention to it either!

The correction is that its not “confirmed” and is just taken more seriously by NASA… where all the ufo records are stored. The video is the same quality as any other “ufo” proof footage, its just more worrying on how recent this is.

With current technology and all recordings, you think we have “proof” and clear evidence of something like this.There are 195 nations and the area 51 allegations started with an undercover stealth bomber that the US was building.

If anything it’s more to fear this is another nation’s testing “stealth” planes.

when I get freaked out that UFOs have been confirmed, I’m not saying it’s aliens. I think that’s the least likely possibility. but if it is some fancy schmancy hidden technology, it’s still scary as all hell. it’s far more advanced than anything we know of (or anything we’re let to know of), and the fact that it exists and someone owns it is terrifying

Looks the same as any other ufo video to me

There’s been several sightings recently. Both from the ground and by actual military pilots themselves.

I personally do tend to suspect it’s most likely human built aircraft, but it’s bothersome that some of these objects don’t show up on radar and are able to outmaneuver our “standard” aircraft.

Though growing up in Southern California, I once lived out in the “boonies” not far from Camp Pendleton. They used to do military exercise flights in the area, and I saw some pretty strange aircraft out there at night. Stuff that would move slowly, then stop, then jump to incredibly high speeds in the opposite direction, then come to a full dead stop again…

I didn’t attribute it to aliens. I’m 99% sure that it was something my own military had created, that I probably wasn’t supposed to see.

They would also regularly do low flyovers with those massive military helicopters (the kind that you don’t even hear coming until they’re right above your head). They were rather terrifying.

Well this is a bird: 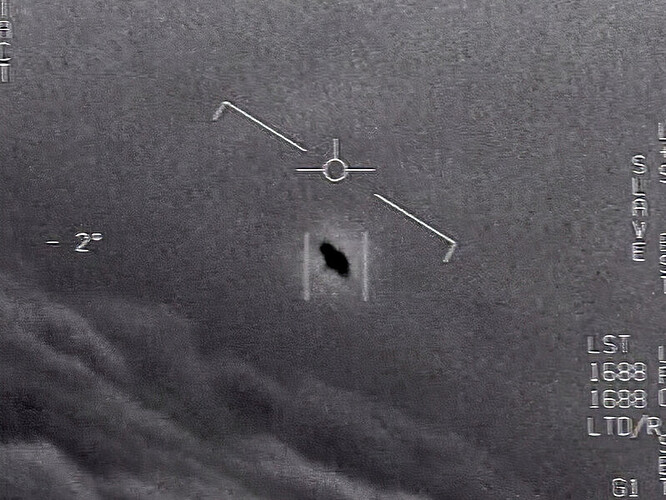 If it can fly under US radar, it’s a scary thought.

Oh wow ok so, mainly ufo stuff but alright! Thanks for the general catch up!!

Tbh the whole three years I’ve been on flowlab I never changed my pfp unless it was for a day as a joke, but It stayed the same, lol.

You haven’t been gone for very long, at least not in my own time perspective. A couple of weeks is nothing to me. I joined what, a couple of months ago? And I still very much consider myself to be a noob here. Time is relative.

I never knew what the schedule of a glowbug was. Neat