wait what’s the difference between jackals and skirmishers?

They’re both part of the Kig-Yar species, but Skirmishers are a subspecies of Kig-Yar called T’vaoan. 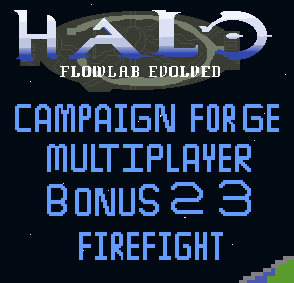 How does the updated menu look?

It looks good, but you should make the buttons look more like buttons. Also, make the letters a uniform font using the word tool in the sprite editor.

Actually, I’ll give it a try. Also the buttons look less like buttons because they’re supposed to be as authentic as possible to the legendary 2001 classic. 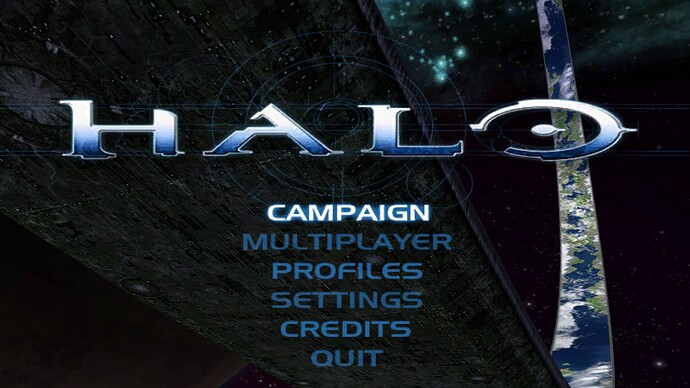 Have you ever left a Halo title running on your TV, just to listen to and watch the main menu? Now you can relive your favourite Halo title menu in your browser.

I can see that. I would recommend copying that button effect.

Ok but how would I do that glow effect around the letters?

You just have to make the word a brighter color whenever your cursor is on it. I would use animations to do this as it requires less computing power than the color behavior.
Also, cool update! 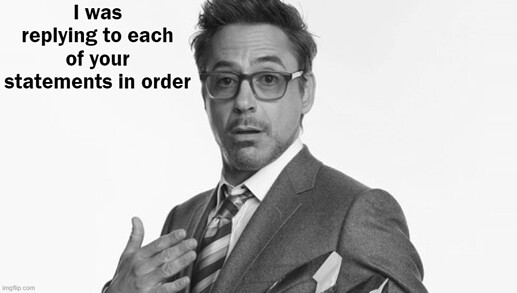 Just added a mouse cursor and updated the menu. Also I forgot to mention that all level tips can now be skipped.

Which enemies should I add next?

First of all, I would like to wish everyone a happy new year. This update didn’t happen yesterday because I was busy working on my Flowjam game with nhgcr. Without further ado, let’s get right into the latest changes:

Sorry I added “poll” in the title yesterday when there wasn’t one. I put it there by mistake.

It’s settled then, the next playable character (if I add any more) will be either a Marine or and ODST.

On a side note, Mission 7 is finally up and running! Here’s a preview of what you have to do:

Okay I like him too but there are limited buttons on the keyboard.