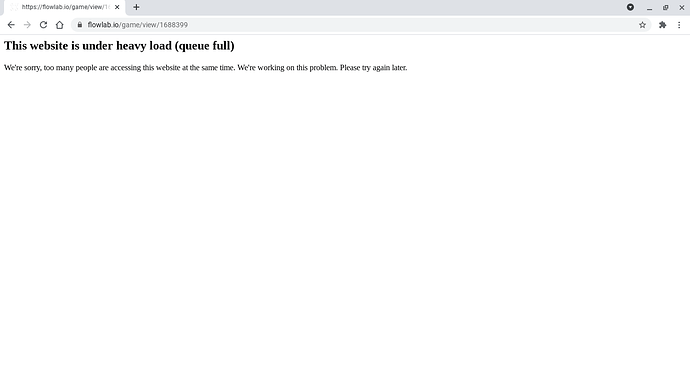 Either grazer shut some servers off or there are just that many people trying to do flowlab right now.

I mean… you can read right? It says to many people are using the website, that’s why it exists…

I think it was the first time it happened to him and I think he just wanted to know if it was a flowlab, server, or maybe a browser problem. Even though he didn’t specify, I’m just gonna assume he was wondering the basic idea behind this.

Which this is kinda what I though when it happened to me. Which I know it says too many people, but I’m sure some people will still question it. Which isn’t a matter of whether they can read or not, just a basic form of communication trying to sought at a possible answer behind it.