So lately ive been making a realistic topdown physics game, And i need help making an explosion that isnt just a sprite with an animation, like i wanna physically resemble and actual explosion. Ive thought of a way to execute it but i haven’t had time to implement to see it, It would when and object detects the explosion using a proxy it would impulse away and the explosion effect would be run by having a really fast smoke animation mixed with rotating really fast to reassemble smoke particles. But thats just and idea…

I made a cool explosion system for the frag grenades in Halo: Flowlab Evolved. It has multiple objects though.

I was going to make this, but it would require listing multiple explosion positions as globals and deciphering for each object if they are close enough to use radians and sine/cosine to convert it into an angular velocity movement.

Also, if you really want me to, I can make it without lists for you, but it will only be able to render one explosion at a time.

Really surprisingly, I miscalculated it. This system works with multiple explosions and is extremely simple!

This system can handle all explosions, UNLESS they spawn at the same frame. Spacebar to spawn an explosion.

sigh – The one time I have a code example for something I don’t get to the topic in time. Here it is anyways: 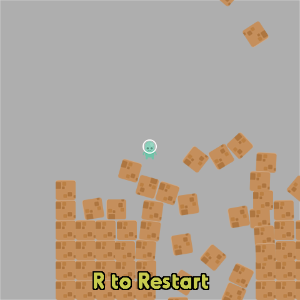 If you’re still actively wondering how to create realistic explosions let me know.

This works but not for games with characters walking on the environment. The one I made previously is pretty much the same thing but it replaces the solid ground with the moveable ground to create the explosion.

You could make this work with players and movable objects by using resistant physics, basically making the movement ease the current velocity to the implied one using a custom easing system to make it slower when you are going backwards.

I just added an explosion to the particle effects example, so that’s one way to animate it without drawing an animation: 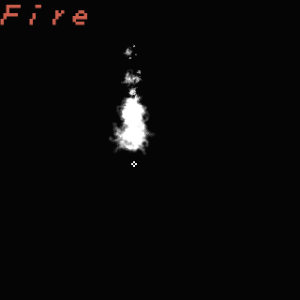 Well… Mines a lot different because instead of just shooting stuff upwards, it shoots it away from the explosion. I know what game they are talking about since they are an irl friend of mine, so I know it’s a top pov game.