Hey yall i'd like some advice if thats ok

(im working on a level select) 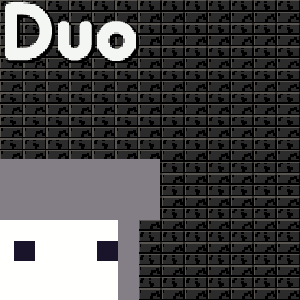 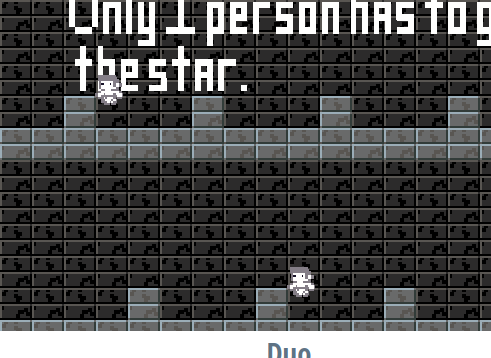 You control both players with WASD or arrows because it’s the same sprite, so if you really want to do two-players, create two different objects with same texture, else it’s not two playered, or simply impossible to do because there is movement conflict.

@Cactus_Studios - I think maybe you misunderstood the point of the game? Either that, or I did

The idea is to control both players at once, but still be able to complete the level. It’s an interesting concept @Seth01Master - I like what you have done so far. If you want some advice, I would maybe try add some more complex non-jumping puzzles, using different types of blocks that you have to move around, that sort of thing.

Well, you can use both arrows or WASD so maybe its supposed to be two player idk

No @Cactus_Studios, the game is singleplayer, but you control two characters at the same time. It’s like Fireboy and Watergirl, but instead the characters are always moved simultaneously instead of individually.

Anyways, @Seth01Master, I think this is a good game. As stated by grazer, adding more puzzling levels would make the game more fun and interesting. I can see a wide variety of levels and puzzles being added to this game.

strange, because there are two ways to control the character(s?)

i already have five levels though and only have the free version of flowlab.io

what do i need to fix? i dont understand what you mean

Its supposed to be one-player, but you control two sprites at the same time.

Ok, if you want advice, remove one of both moving keys, its strange

He saids it’s too easy, make it harder

yes, but when you use both its lets say special, anyways your choice, all up to you