Have the enemies always send a message to the switch, and when the switch isn’t getting the message anymore, allow it to be pressed or whatever

also where do i connect it to

So what Agent_Y said works, but it’s a really inefficient way of doing that long-term. Typically in coding, you’ll only want to do something when it’s needed, and constantly sending a message doesn’t need to be done.

Whenever an enemy DIES then you will send, so if you have 50 enemies you will only get 50 messages compared to a constant stream which is bad for performance. 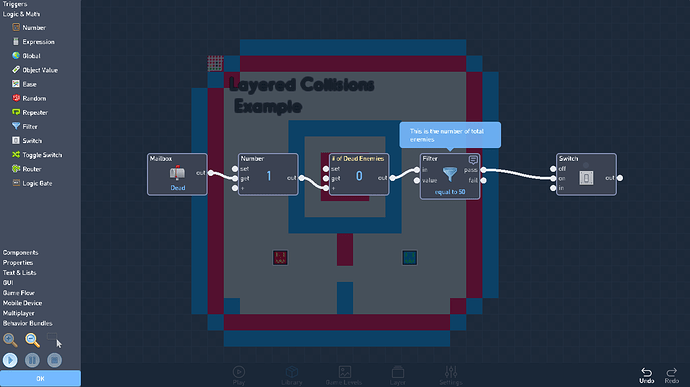 yes, but where do i put the message and the mailbox

The Mailbox is where it is in the image, and the Message will be sent whenever the enemy dies.

ok but where do i put the mailbox and the message

I already said where to put the MAILBOX.

Whatever code you use to kill the enemy, just attach the MESSAGE to it.

The Mailbox will be in your Door object. If you don’t have anything to take you to the next level yet then you will need to make a new object

its still doesnt work!
can you just show me the code in my game like go in my game and go to edit and do the code and post it here 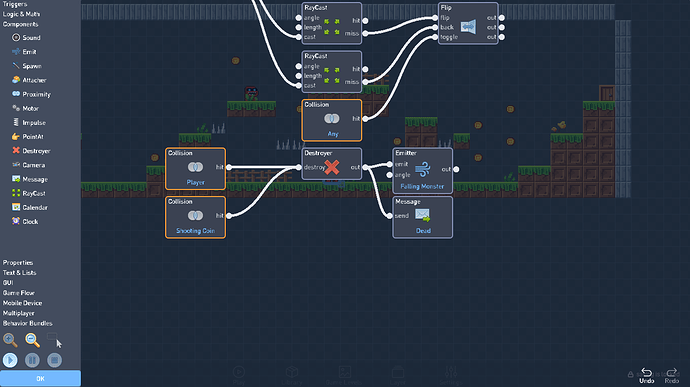 That’s because you have a second object turning the switch on. btw the Filter needs to be equal to the number of enemies you have in the level.

He’s going out of his way to help give a reasonable example and explanation. It wouldn’t hurt to maybe try to work the code or maybe ask where a specific part connects, etc.

Making a video might be simple for you, but some users have a life outside flowlab and might not have the time to record themselves making code, then transferring it into a YouTube link to be posted on here since the forums won’t upload videos.

The type of code you’re creating is very simple, but you’re overcomplicating it. You need to stop thinking of it as code and instead how to get from point A to B.

You want to open a door when all enemies have died. This is your point B.
How do you move from point A (all enemies alive and the door being locked) to point B?

It really doesn’t get more simple than this. I could send a video but what would be the point of that? You would be copying my code but you wouldn’t understand it, and that’s a mistake a lot of people make. Having things hand fed to you at the moment might help, but in a week when you need to do something similar you won’t understand how you did it before and will need help again.