How do i make a character selection system

i used the flowlabs example but when i chose the character that i want to chose the player didnt show.
please show examples in my game so it doesnt confuse me.
my game: https://flowlab.io/game/play/2112273

Add this global in all of the characters 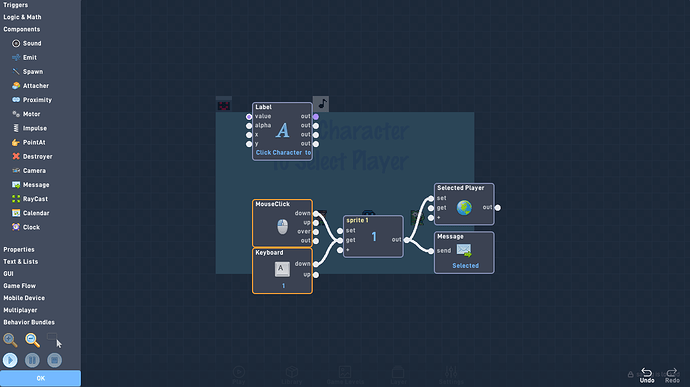 Change the code in the “PLayer controller” to this 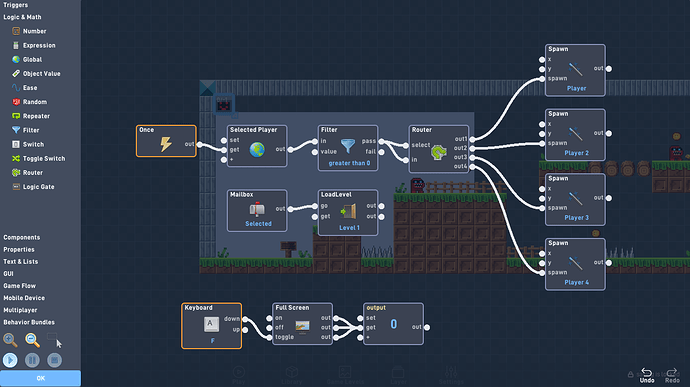 The reason they are in the floor is that you’re spawning them there.

Probably due to a switch not being turned off.

the coin when grabbed it doesnt go

You need to have a collision behavior that activates when characters touch it. I would recommend using a parent object

with the character 4 it doesnt spawn

Are you saying character 4 doesn’t spawn?

I’ll look at the game later, but the things I pointed out should be enough for you to fix it.

Once again, I heavily recommend you read/watch these

Flowlab is an online game creator. Make your own games to share with friends. 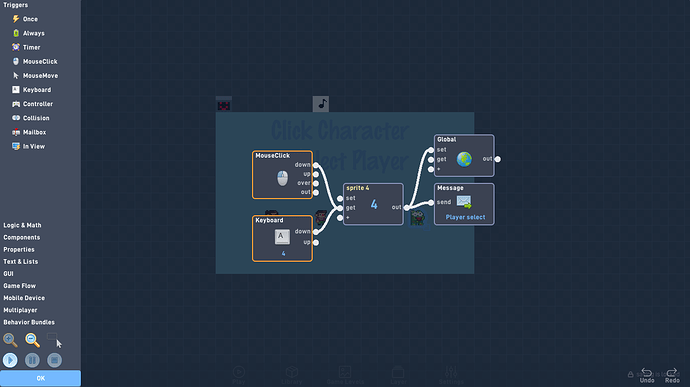 It’s not that only character 3 can constantly jump, all characters can. This is because you are allowing the player to jump whenever it comes into contact with anything.
This makes the jump reset only when you the bottom of the sprite collides. 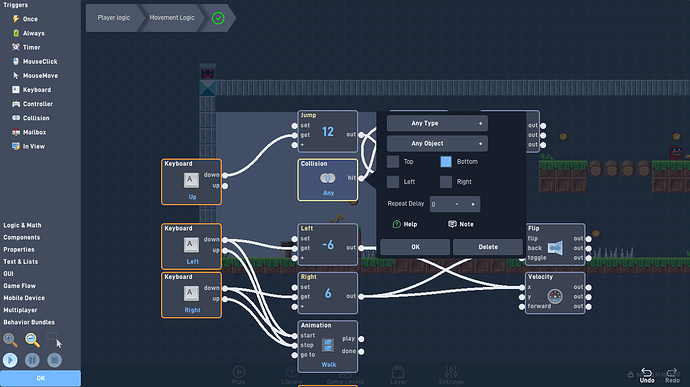 The reason the coins don’t disappear is that the collision is only set to “player”, not the other 3 characters. To fix this use a parent object, if you dead the flowlab documentation you should know what this is. 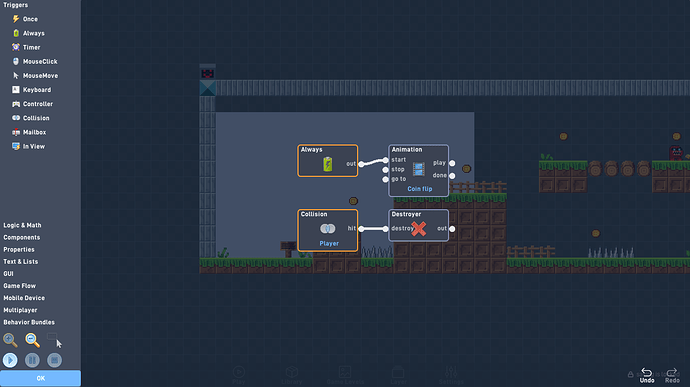 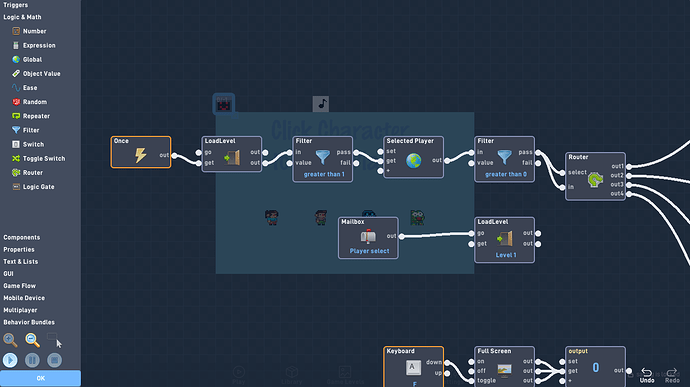 but what level do i load into