I need help with some old concepts

So I am stuck to kill myself with Raytracing

Seems he last posted 11 hours ago, and was last seen 9 hours ago. Maybe tomorrow he’ll show up to answer your question.

I’ve been asking for 2 days

Welp… So much for sleep…

@MetaNinja do you have any ideas on simulations for this? Something half-raytrace or something similar to Raytracing but actually comprehendable.

No, I am pretty sure that raytracing or raycasting is the best way to make this 3D Simulation. They’re precise and accurate, and they can stop at the first object they hit, even if it is not the intended target. That way, you won’t see things poking out of a wall, or something similar to that. However, if you look at this post by @JR01, then you’ll notice that there is another concept he has been working on when it comes to 3D Simulations that doesn’t seem to require raycasting. But then again, we’ll have to wait and see if he is willing to share it at this time. He says he may have more time to work on it during the Summer… and that is about 2 or 3 months away (if you live in the northern hemisphere).

I actually made a few test back when since the original topic. There’s a few things I want to do, but unfortunately there are a few things have happened and stuff has been keeping us busy. Maybe we will have more time in the summer… But here’s a Gif for what I’ve tried to do since then, this is 2 methods: [image]

Oh my…
I just looked in the

I made something with behaviors that aren’t like trying to read a calculus textbook written by an english major https://flowlab.io/game/play/1679857

The system works by spawning raycast objects that moves with the player. These beam objects grow infinitely every frame until it’s own raycast finds the wall.

These examples were made before the list update, so I could simplify it more. But the problem I’m having is still some more things.

@MetaNinja is right about my comment, the game I want to make doesn’t require raycasting. You can see the method on tbe right side of that gif.

I’ve been working on this a bit. THERE IS A WAY TO MAKE A 3D MAP USING 2D IMAGES. You just have to make a couple of variables:

FOR THE 2D IMAGES:

Make a sprite called “Room”. This is the WHOLE ENTIRE MAP FOR THE LEVEL. Make your map in the animations, make it fit the screen, blah blah blah. Name the animations by the position and direction. EXAMPLE: 103. X=1 Y=0 Direction=3. Then, set the animation to the global variable of X, Y, and Direction.

Make a variable called Forward Yes. When the X, Y, and Direction variables are a certain number, you can turn this on and off. Let’s say the position is 672. There is a wall here. Continuously send a message to the device controlling the movement, saying that the switch for the W trigger is off.

@hihilogic this won’t work unless you never turn.

what are you talking about.

How do they “grow,” though?

As soon as you turn your head your no longer able to see the map properly.

when you press W, A, and D, it just changes the animation of Room

That makes sense. I’ve seen this before, but it’ll only work for a point-and-click, not for an LOZ or a Minecraft.

Making the map into an animation is a lot and is very chunky, Todorrobot made a 3D game by using animations for the rooms. 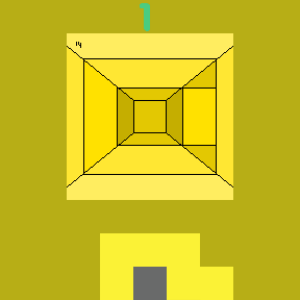 Yes, I remember that. Nostalgia trip lol. This won’t work for me though, sadly.

I still need a solution though… ;(