So in this game, I had a very fluent and effective jumping system. Then all of a sudden the jump is really bad, and doesn’t go very high. I would just change the jump height, but the whole jump still acts weird, almost heavy.
It would be really nice to know what’s up.

First of all, stuff doesn’t just randomly happen. Even when flowlab updates, you still keep the old behaviours. Your system was probably broken by something that you thought wouldn’t cause anything, even though it did.

Well yeah, but I can’t find the source

I think that has happened to me before, did you perhaps change the sprite or weight of the object at all?

Not at all, it’s such a weird change

You could change the object density to adjust jump height

The height isn’t the problem, it’s the jump being stopped abruptly, and then pushed down.

Found it:
You had this “stop” number put into “forward”, it should’ve been in “x” 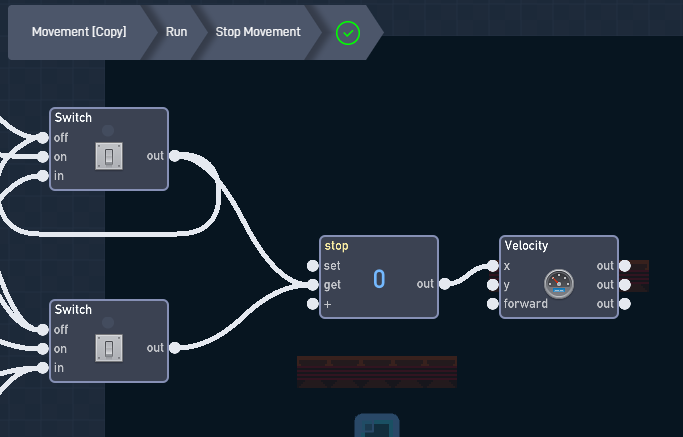 Its probably a side effect of your behaviours

Thank you so much!!!