I spent two days trying to do this, there will be more keys. I also need to figure out how to do shift with any key but im still working on it. P plan to turn this to a computer-horror-game but you know…
Here it is

This is nice too much objects been used but ok! nice! 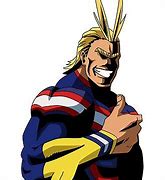 But…Problem is the letters go out of the computer is there anyway when it reachs the screen it goes to the next line? 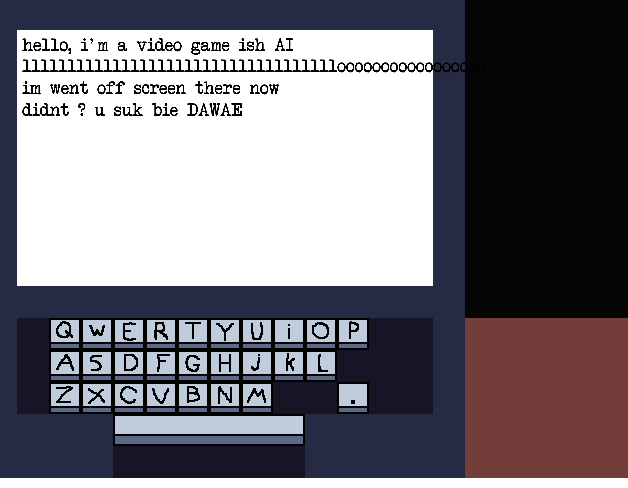 That is a very very very inefficient way to make a keyboard type writer. That’s a problem I see with a lot of Indie users, they use a lot of objects without even thinking about how inefficient it is, and this often causes a lot of problems.

Well there goes your example man suckie as hell

How do you make a good keyboard then @CodeAlpaca ?

As you can see im still working on it, but thanks for the review going to need it…

What you could do, you could make an entire keyboard using only one object.

Just name each objects individual names to a number and use the extractor to extract the objects name.
Then use a To Number behavior (I think that’s what it’s called) what the text lists section to actually get the number.

Of course you add a filter and switched so when it’s equal to a number, it will all switch to its corresponding key.

For example,
You label the Q key as number 1 and the W key as number 2. Both still being the name object, but have different object names. (Like Object 752 or Object 82, just name it 1 without Object in front) The extractors will activate and if the number reads 1, it turns off the switches for every other keys code, but only turns on the Q keys code so any objects named 1 will be Q.

Same goes for when it’s number 2, it will be W.

I’m not entirely sure if you understand this since I’m not the greatest at explaining things. I would make an example for you on this, but I’m gonna be quite busy today. But I use this technique to help reduce the amount of objects I use while also getting more objects just from a single one.

I like the code, but the problem with using position is you can’t easily import it into another game unless it’s the exact same size.

I gtg, but I’ll make an example later, it’ll probably be similar to what maniac said. Using a method similar to that allows for very simple coding.

Not dumb but the keyboard clicking/tapping doesn’t work 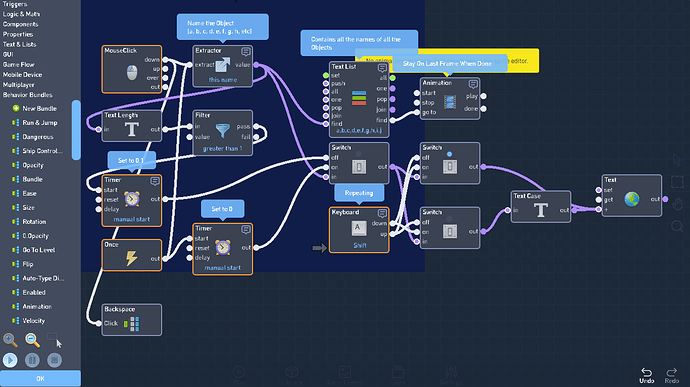 This part is in the Backspace bundle; 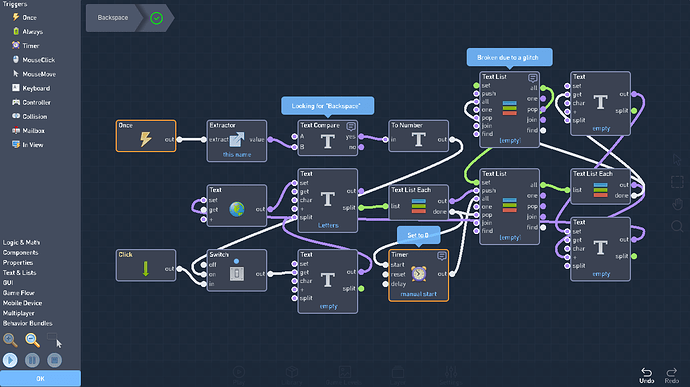 Screenshot 2022-05-22 5.18.08 PM1366×768 111 KB
This part is broken because of a glitch that makes Lists act as a List Modify (It copies what is on the list to the list setting it to blank, like how a List Modify works without setting it to Copy Before Modifying. You probably don’t know how lists work yet, but just know that there is a slight bug rn)