I need assistance with level design please. I’m making this platformer game, but I have no idea what I’m doing or how to keep making the levels such that it remains fun whilst not being too repetitive. Could someone please help me?
Here’s my game 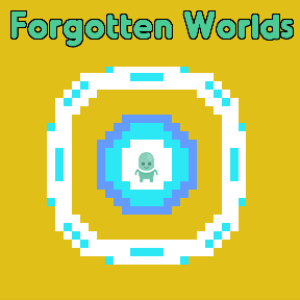 Alone on a planet that used to be called Earth, Spaceman Jim must try to understand the forgotten worlds of history in order to comprehend the present and save the future **Made in 2 weeks for the 2022 Winter Flowjam with the theme...

first of all, CHECKPOINTS. very useful. also i would make it more “ruined city” theme as it it a planet that used to be called earth. just imagine obstacles going through a ruined city like blockages, buildings, stairs, going along the rooftops and streets, things like that.

also the ninja thing doesnt make any sense as you said this person is trying to save the future, so why would there be a ninja.

Yo I can help with this. Try keeping the levels small, but add a lot of detail (not too much though). Add a lot of gameplay elements, some mandatory to beat the level and some extras just for fun. This ought to keep the player interested the whole time.

Also, you can check out any of my games for level design inspiration, because I think I’m pretty good at it. A gauntlet section may also help to make a challenging part of a level. I’ve got an example right here:

In this example image, the sawblades will kill you if you touch them for too long, and the spikes will utterly decimate you if you aren’t skilled enough. Use tactics like this to reward the player for beating a level and motivate them to have fun & win.

Oooh yeah, very good points. Thank you so much! I’m gonna work on that. Where exactly, do you think I should put checkpoints? I have beaten the game so many times now that I can do it all in one try and I’m not really sure where a checkpoint would or would not be appropriate. There is a checkpoint about halfway through-ish.

Oh, yeah, I forgot. It’s part of this big elaborate story that I’ve thought out. I also don’t really know how to incorporate the storyline. Like, what is the best way to put an internal monologue, or a narrator or something at the top of the screen?

Ohhh, ok. That makes a lot of sense. I’ll definitely make my levels a bit smaller and add more detail. The only issue is that I don’t have indie, so I’m going to have to put pretty much all of my levels inside of one level (which means a lot of creative workarounds) because my other levels are being used for my menu and end credits and stuff, which doesn’t leave much room for other levels. When you say “some mandatory to beat the level and some extras just for fun” what exactly do you mean by this? Like, what could be an example of this?

Like in level 3 of taile gamougg 3: Journey Through the Land of Blocks, I put made a main path to beat the level and some extra areas to fight more enemies, extend the gameplay session, and/or collect more Green Gems and Nethergems.

I think either @hihilogic or @DinoDev made an example for that. Or idk, I forgot who.

Yeah, I have an idea of how to do it. Basically, I just made an external camera behavior that will allow me to prevent the player from seeing outside of the current “level”, and then once they reach the end I can teleport them to the next “level” and change the parameters for the camera so that it only shows the next “level”. Does that sound like it would work?

Also, thank you for the example. I understand what you mean now

Yep. That’s basically the example someone made.

Also, thank you for the example. I understand what you mean now 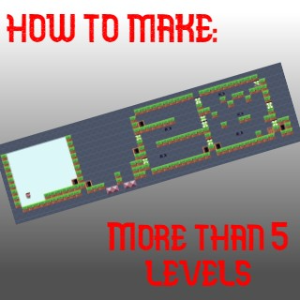