Me and 8-Bit_Studio can make free music!

I, OrangePeel, and 8-Bit_Studios will be teaming up to make music for people’s games!
So just comment below with the following information and I can make your music!
I ask that you tell me the mood you want my music to give (ie. Energetic, Fast)
The speed of your music
And where that music is going to be played.
If you have anything else you need, like 8 - bit audio or SFX in the background, tell me that, too!

Lastly, I ask that you please credit me in your game somewhere, in the description or in the game itself.
I will also be putting some songs I have already made down below, so feel free to use those!

Edit: Could you also give me a link to the game you will be using the music for, so that know a little bit more about how I should make it?

This is a Sci-Fi themed song, could be used as a battle theme
I call it “Beam Me Up” 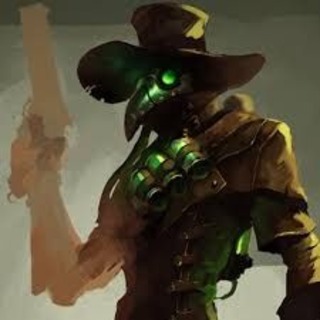 Beam Me Up by OrangePeel - Soundtrap

This one could be used for a medieval RPG, possibly as an overworld nighttime theme
It is unnamed, so currently just RPG Nighttime Medley

This is also Sci-Fi, but could be more of a stealth theme
It is titled “Lunar Flare”

I also have this one, which is Sci-Fi again and could be used as background music to add atmosphere to a game.
It is called “Moonbeams”

No problem! If you need anything else feel free to ask!

Are you referring to adding it to this topic or adding it on top of my music? Either way it’s a yes, I guess, so it doesn’t really matter.

Awesome! I recommend using Soundtrap, but that’s only because it’s the first free site I found for it lol… if you have any other sites you use then definitely use them.

i use beepbox and soundtrap!

Cool! I was only introduced to Beepbox a few months ago, so I have used more Soundtrap, but I will go and add my Beepbox songs right now!

ok! Lets make music for people together we could be a music team!

heres one of my soundtrap songs! https://www.soundtrap.com/studio/EV6BDKAPTBW6fwF3vWaj-g/

(p.s i use beep box alot so i only made one soundtrap song)

Alright, let’s do it then! I willupload some songs from BeepBox an then we’ll get started!

Yeah, it was barely any movement, I just noticed it so I let you know, in case somebody came in and was toxic about or something.

Ok lets give people free songs!!! (Thank you for agreeing to be a music team i will be gone weekdays untill 5:00 or 4:00