Hello! In case you didnt know, I am a real life artist. Not proffesional or anything, just for friends. Right now, I’m working on one large fonale piece, where I’m drawing lots of mashups together in one photo. Be aware, is just a layout, and not near finished. Anybody that wants to be featured can just ask!
Current Things in the Image:
Borg Tactical Cube (Star Trek: Voyager)
@meburningslime
Cubey (fl: Cubey)
Alpha Hunter (fl: Astro Clash)
Alien Scourge(Teminite: Space Invaders)
AK47 (Roblox: Bad Buisness)
HAVOCfpv
ChippyGaming (ChippyYT)
@YouMakeEm
@“The Kodex”
Link (BOTW)

@meburningslime So I can request anything be in the picture? And if so, what is the limit?

@“The Kodex” well, nothing inappropriate obviously, and amything that can fit in the canvas and the theme will be smacked on in. However, I’m making another page for antagonists, so be aware of that!

uhh, got a preview @meburningslime ?

@TinkerSmith @“The Kodex” sorry for the poor camera quality, I can take a shotnof a select area if asked.

@TinkerSmith thanks!
Anything I should add in guys?
Oh, and @todorrobot ,i was going to add you in, but… how do I draw a fly in this lol 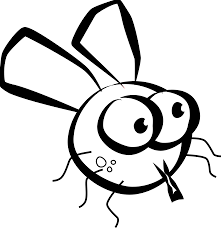 Can you just try to add in these 2 characters into your drawing:

I’m sorry, but the only thing I can request is something from subnautica…

or I guess something small from my second favorite game ARK

this might sound bad but I tried to murder the sea emperor it did not work so I settled for killing her babies right after hatching them, and this is on a game where the only weapon you get is a small knife that is supposed to be used for gathering resources

P.s don’t know what you mean pay to win I beat it on single player on alpha level! It is hard but not impossible

@seamothmaster45 …
I shall gnome you