this is a game about transforming into a zombie as you beat them up. the infection makes you stronger, but kills you if you let it get out of control. zombies will cough out bright blue gas that will turn you as you breath it in. they also leave this gas upon death.

I would love to hear your feedback on what could be improved! 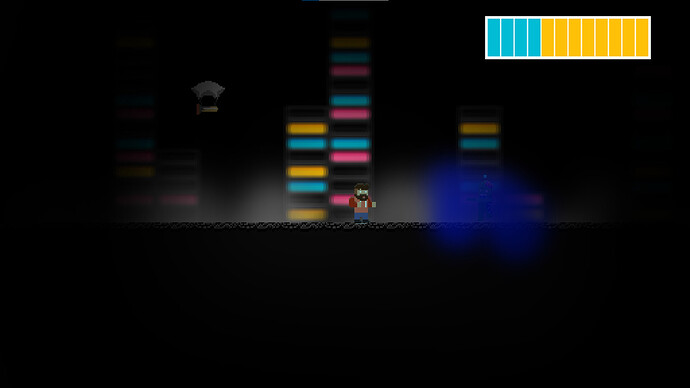 Funny enough, but this game has a similar idea of gameplay as mine.

I ran into an issue in which the infected glitched after landing on the character’s head, I’m not entirely sure what caused it, but you should know. 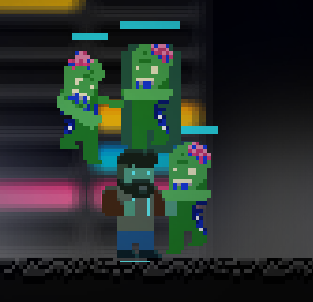 Generally I think it’s a neat little arcade style beat-em-up, I do question the lack of consequence for enduring the infected attacks as there is no real need to fight them at all due due to there being no fear of player harm. That being said I also feel that the idea of you needing to avoid the gas is a fairly creative mechanic, although there is simply too slim a chance of actually escaping the gas because of the close-combat nature of the battle. Maybe having the infected die, then trigger an alarm that sets the gas off after a few seconds would feel a little more fair?
Just some quick thoughts based on a few small rounds.

Gj on the game! Idk if this is meant to be in the game, but if you jump on a zombies head then keep clicking up you go 2-3 times the normal height.

oh, not sure what’s causing that. I’ll look into it. thanks for reporting it!

I’m waiting for the submissions to be closed to start playing anyone’s Flowjam game, but I’m really looking forward to playing this! I love the aesthetic of the art

hey, I’m not sure what you mean by there being no fear of player harm, the zombies should be coughing out gas frequently when near the player, not just when they die.

Well I just sort of jumped around and had a full bar, killing the zombies myself led to me inhaling the fumes- so it was more convenient to just not engage them. Which obviously defeats the purpose of a fighting game lmao

Nice! I just noticed that those are printer colours you chose.

the game is submitted!

here is a link to where you can listen to the soundtrack: BandLab: Make Music Online