I just deployed a new update:

This is new version of the Ease block is much easier and more practical to use, so let me know what you think.

[EDIT] I forgot to mention one additional change:

Game play counts are no longer updated immediately when launching the game. There is now a delay and the game must be completely loaded before the play is registered. This will hopefully stem the tide of clowns that are constantly running bots against the server trying to inflate their games’ play counts.

This makes thing a lot easeier

Will this remove the old ease? If so I will have to completely revamp 90% of my games. Definitely a good upgrade nonetheless.

You can no longer add the old Ease to your games, but old copies are not deleted unless you remove them yourself. Your old games should not be affected.

I think you forgot to mention that the wires were changed slightly, I like the new look a lot more, much easier to read
(To anyone that did not notice: The angle at which the wires go when leading to a behavior behind is now the same as if a Switch turned itself off, there is no longer an S shape, it’s now a long C)

Ah, you caught me!

Yes, the links do behave slightly differently. When looping directly backwards, they attempt to render down below the blocks instead of behind them.

woah, nice
i use eases a ton so this looks super cool!

This is great! Also, great work by @JR01 and @Samuel_PixelPizza for sparking up the idea before it was implemented officially.

If only this was here sooner, it would have saved me a lot of brain juice lol

Hey I see abpause input but is there a way to completely reset it?

The “start” input always starts back at the beginning, so that is a “reset”. Maybe I am misunderstanding your question?

Yes! This is great, much better! I think I can say this now, but I always disliked the duration slider in the old ease lol.

“Start” works as a reset, and “pause” works for both stopping and resuming the ease.
If you have a system where you need to input stop multiple times, even if it isn’t running, try using “Start” and “Pause” at the same time. That’s what I had to do with my example of this behavior. 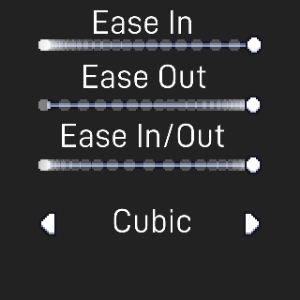 <div align = left> The Ease Bundle just got a huge update, with features like more ease options, manually starting, pausing, and resuming! --- The functionality works very closely to the Ease Bundle, with some changes to the...

Start - will reset and play the ease.
Pause - stops and resumes the behavior.

If you want to “reset” input like how the bundle works, just use “Start” and “Pause” to create a stop input. You will most likely not need to do this, but I found this to be helpful when using multiple ease behaviors doing the exact same action and need to reset all ease types and play a selected one (like in the example).

Also, this behavior has some added features!

Reverse - works the same as “Start” but runs the ease in reverse. Great for UI movements.
Smart Rotation toggle - when turned on, the ease can look as the closest values on a circle.

For example, instead of easing from 45 to -45 on a circle,
you can ease from 45 to 315 and it will take the shortest path to those angles.

Is the sine exponent the output of the selected number into sine or the number needed to produce sine?

And Sine is just a range of numbers over time (a frequency).
Exponent just means to multiply to itself, like 4^2 = 4*4

Edit: from your answers, here’s a guess as to what you asking for, I think?
With sin(x), x = the point in time the frequency is at.

Think of all the functions as just the equations that define the behavior of the transition over time. Maybe take a look at these graphs that illustrate common easing functions: 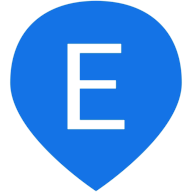 Easing functions specify the speed of animation to make the movement more natural. Real objects don’t just move at a constant speed, and do not start and stop in an instant. This page helps you choose the right...

Time to ask how to make a catapult arc again, and see if it’s actually possible.
After an hour of testing, I GOT IT TO WORK