Opinion of my title and menu screen?

I made all the graphics and music, and have a lot of files to edit and replace, but the menu will look a lot better in the future.
I just figured I’d work on something different, while grazer fixes a few bugs.
https://flowlab.io/game/play/488603

Thanks. I’ve been working on it for 12 hours straight. I’m not going to get into any level design, until bugs are fixed, so I’ll just make the menu look really cool.

It runs great on the computer, but for some reason, stuff falls off screen on Android.

I’ll check out the android issue

I figured it out. On Android, big things are affected by gravity, even if they aren’t checked to move. I made Y gravity 0 and rebuilt the app. It’s still laggy as usual, but the falling bug is gone.

That looks absolutely amazing, great work man! If you don’t mind me asking how did you create the images/backgrounds in the menu and title screen?

I use GIMP for my graphics. Photoshop works just as well, but I never really cared for it. I prefer to support indie programs, over huge companies.

Ah okay thank you! I thought it was photoshop at first actually.

Graphics Update:
Spent about 6 hours making new blocks, new title screen art, and a new galaxy. If you look closely, the universe in the background breathes and sparkles, as the clouds puff and fade, and the galaxy spins, glows, and dims.
I’m working on 20 new blocks, so the terrain looks far better than my previous copy/paste terrains. Now I will be able to make a great looking planet, with hills, and an HD background. This will be a very attractive Metroidvania-esque game.
http://flowlab.io/game/play/488603 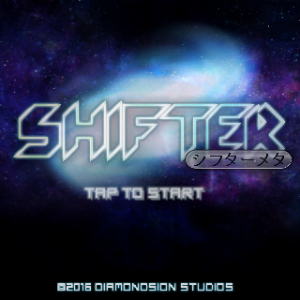 I got to find a way to do that galaxy thing…